The Guardian has updated its style guide to introduce terms that more accurately describe the environmental crises facing the world.
Instead of “climate change” the preferred terms are “climate emergency, crisis or breakdown” and “global heating” is favoured over “global warming”, although the original terms are not banned. 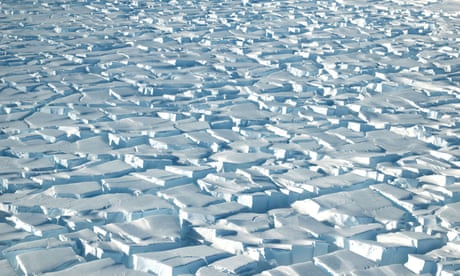 Read more
“We want to ensure that we are being scientifically precise, while also communicating clearly with readers on this very important issue,” said the editor-in-chief, Katharine Viner. “The phrase ‘climate change’, for example, sounds rather passive and gentle when what scientists are talking about is a catastrophe for humanity.”
“Increasingly, climate scientists and organisations from the UN to the Met Office are changing their terminology, and using stronger language to describe the situation we’re in,” she said.
The United Nations secretary general, António Guterres, talked of the “climate crisis” in September, adding: “We face a direct existential threat.” The climate scientist Prof Hans Joachim Schellnhuber, a former adviser to Angela Merkel, the EU and the pope, also uses “climate crisis”.
In December, Prof Richard Betts, who leads the Met Office’s climate research, said “global heating” was a more accurate term than “global warming” to describe the changes taking place to the world’s climate. In the political world, UK MPs recently endorsed the Labour party’s declaration of a “climate emergency”.
The scale of the climate and wildlife crises has been laid bare by two landmark reports from the world’s scientists. In October, they said carbon emissions must halve by 2030 to avoid even greater risks of drought, floods, extreme heat and poverty for hundreds of millions of people. In May, global scientists said human society was in jeopardy from the accelerating annihilation of wildlife and destruction of the ecosystems that support all life on Earth.

Read more
Other terms that have been updated, including the use of “wildlife” rather than “biodiversity”, “fish populations” instead of “fish stocks” and “climate science denier” rather than “climate sceptic”. In September, the BBC accepted it gets coverage of climate change “wrong too often” and told staff: “You do not need a ‘denier’ to balance the debate.”
Earlier in May, Greta Thunberg, the Swedish teenager who has inspired school strikes for climate around the globe, said: “It’s 2019. Can we all now call it what it is: climate breakdown, climate crisis, climate emergency, ecological breakdown, ecological crisis and ecological emergency?”
The update to the Guardian’s style guide follows the addition of the global carbon dioxide level to the Guardian’s daily weather pages. “Levels of CO2 in the atmosphere have risen so dramatically – including a measure of that in our daily weather report is symbolic of what human activity is doing to our climate,” said Viner in April. “People need reminding that the climate crisis is no longer a future problem – we need to tackle it now, and every day matters.”

As the crisis escalates…

… in our natural world, we refuse to turn away from the climate catastrophe and species extinction. For The Guardian, reporting on the environment is a priority. We give reporting on climate, nature and pollution the prominence it deserves, stories which often go unreported by others in the media. At this pivotal time for our species and our planet, we are determined to inform readers about threats, consequences and solutions based on scientific facts, not political prejudice or business interests. But we need your support to grow our coverage, to travel to the remote frontlines of change and to cover vital conferences that affect us all.
More people are reading and supporting our independent, investigative reporting than ever before. And unlike many news organisations, we have chosen an approach that allows us to keep our journalism accessible to all, regardless of where they live or what they can afford.
The Guardian is editorially independent, meaning we set our own agenda. Our journalism is free from commercial bias and not influenced by billionaire owners, politicians or shareholders. No one edits our editor. No one steers our opinion. This is important as it enables us to give a voice to those less heard, challenge the powerful and hold them to account. It’s what makes us different to so many others in the media, at a time when factual, honest reporting is critical.
Every contribution we receive from readers like you, big or small, goes directly into funding our journalism. This support enables us to keep working as we do – but we must maintain and build on it for every year to come. Support The Guardian from as little as $1 – and it only takes a minute. Thank you.
By mimi sato - June 01, 2019