‘Anthropocene or Capitalocene?’ misses the point

Capitalism Made This Mess, and This Mess Will Ruin Capitalism

You and I have the unfortunate honor of facing down a crisis the likes of which our species has never before seen. Rapid climate change of our own making is transforming every bit of ocean and land, imperiling organisms clear across the tree of life. It’s killing people by way of stronger storms and hotter heat waves and unchecked pollution.
We all can and should do our part—fly less if possible, buy local foods that haven’t been shipped thousands of miles, get solar panels and an electric car. But let’s not lose sight of the root cause of this crisis: rampant capitalism. Capitalism has steamrolled this planet and its organisms, gouging out mountains, overexploiting fish stocks, and burning fossil fuels to power the maniacal pursuit of growth and enrich a fraction of humanity. Since 1988, 100 corporations have been responsible for 70 percent of greenhouse gas emissions.
Most of us have probably heard of the Anthropocene, humanity’s stain on the geological record through activities like land misuse and plastic pollution. Jason Moore, an environmental historian and sociologist at Binghamton University, calls the problem something else: the Capitalocene. WIRED sat down with Moore to talk about what got us into this mess, why capitalism won’t survive it, and what a brighter future might actually look like.
WIRED: What is the Capitalocene you’re proposing?
Jason Moore: Capitalocene is a kind of critical provocation to this sensibility of the Anthropocene, which is: We have met the enemy and he is us. So the idea that we're all going to cover our footprints, we're going to be more sustainable consumers, we're going to pay attention to population, are really consequences of a highly unequal system of power and wealth.
There’s an assignment of blame here, which corporations love to do in particular with their workers—if you don't meet your goals as a company, it's not the people in the C-suites that are getting laid off, it's the laborers. The climate crisis strikes me as an extension of that, that 100 corporations are responsible for 70 percent of emissions, but they're the ones who will say, "Well, you as consumers could do a whole lot yourselves."
That's right, and there's also a shift from looking at production to looking at consumption. Most carbon dioxide doesn’t come from people flying around the world, although that's a major contributor to it. It comes from production. For younger people there seems to be a kind of cognitive dissonance between yes, we are responsible, and at the same time we know that we are not responsible.
Is capitalism compatible at all with any movement on climate change?
That's the classic ecosocialist question. It's very clear that the problem is not technological—there are the technological means to decarbonize very rapidly. Still, if you solarize and go with wind, you have to store all the energy, you have to rebuild the electrical grids. It's usually costly, and finance capital is really wary of those long-term projects.
What the venture capitalists want is a very narrow version of a technological application that can be used and put on the market right away. Out there in the culture, we think of capitalism as entrepreneurial and risk-taking and innovative, and that sometimes is the case but only within a very, very narrow frame. And we're talking about huge existential transformations of the earth.
Is there historical precedent here? Have, for instance, natural climate fluctuations in the past threatened capitalism?
Climate changes over the past 2,000 years have been extraordinarily destabilizing to ruling classes. This was the case for the Roman Empire in the West. So drought pushes the Huns, which pushes the Goths, they go into Western Europe. But more fundamentally, the changing climate after the year 400 creates all sorts of economic and political tensions, and in Western Europe the Roman Empire collapses. We now understand that wasn't a terrible thing, that in fact there was more equality, a lower birth rate. There were peasants reorganizing agriculture so that they depended on many different sources of food and had many different livelihood strategies, instead of just growing wheat for the Roman overlords. 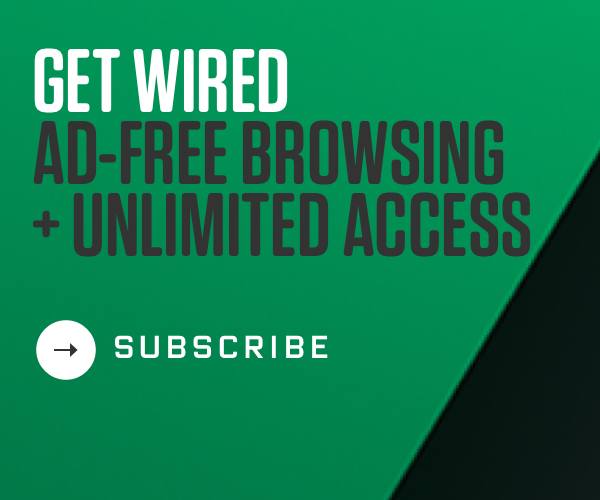 Most Popular
Moments of climate change become moments of climate crisis, and that's in the relatively milder climate shifts of the Holocene, which is now over. Capitalism is not going to survive, but it also depends on what we mean by capitalism. For me, Capitalocene is a critique of this idea that capitalism is just about economics. Because it's also a system of power and it's a system of culture.

The WIRED Guide to Climate Change

A difference this time with human-made climate change compared with past realignments of power is that capitalism has wrapped around the world. You have all these economically interconnected countries.
It's interconnectedness in an imperial sense in terms of great powers, but also in terms of the overwhelming power of finance capital, which is of course kept afloat by the great powers. I think that it makes the global system much more volatile and much more vulnerable. In places like Dubai and Miami, they're already getting skittish. What happens when Miami has storm surges of 3 or 4 feet every year? What happens when Manhattan experiences a superstorm Sandy kind of reality every couple of years?
So what would an ideal system look like? How might we politically and economically get along better with the planet?
You would have to have a democratically controlled accumulation fund. I think that banking and finance have to be socialized because otherwise you're continually at the mercy of big capital deciding what's profitable or not.
What would the ideal world be like? It would integrate town and country, it would have cheap and low-carbon public transportation. We also have to look at the actual history of huge destructive events in the 20th century and its relationship to the web of life. I think about the willingness of countries like the US to, for instance, destroy Vietnam in that ecocidal way. That great quotation during the Tet Offensive: "It became necessary to destroy the village in order to save it." That will be the tendency of one or more great powers in the era of climate crisis, that as social justice politics and movements challenge the present regime, there will be an attempt to impose a devastating military solution on that.
So given all that, are you optimistic about this future?
It is going to be difficult. I would just remind everyone that climate change is bad for ruling classes. It's miserable for all the rest of us over the time spans of 10 and 20 and 30 years, that we're all going to be living through very difficult times. But there will also be times at which the 1 percent, in whatever form that takes, will be thoroughly and radically destabilized. I don't think ruling classes are at all prepared for the kinds of political and cultural transformations that will occur in this period.
We're already seeing this in part around the generational shift and the fact that now we can talk about socialism. That's really the first time since maybe 1970 to '75 we could do it in a public way. Capitalism is much less resilient than most people credit it. It had its social legitimacy, because in one way or another it could promise development. And I don't think anyone takes that idea seriously anymore.

Matt Simon is a science journalist at WIRED, where he covers biology, robotics, cannabis, and the environment. He’s also the author of Plight of the Living Dead: What Real-Life Zombies Reveal About Our World—And Ourselves, and The Wasp That Brainwashed the Caterpillar, which won an Alex Award.
STAFF WRITER
By mimi sato - October 24, 2019 No comments: