Email ThisBlogThis!Share to TwitterShare to FacebookShare to Pinterest
Labels: poética 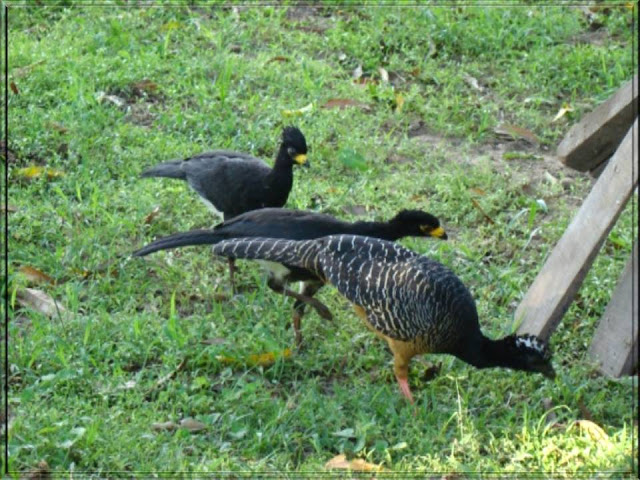 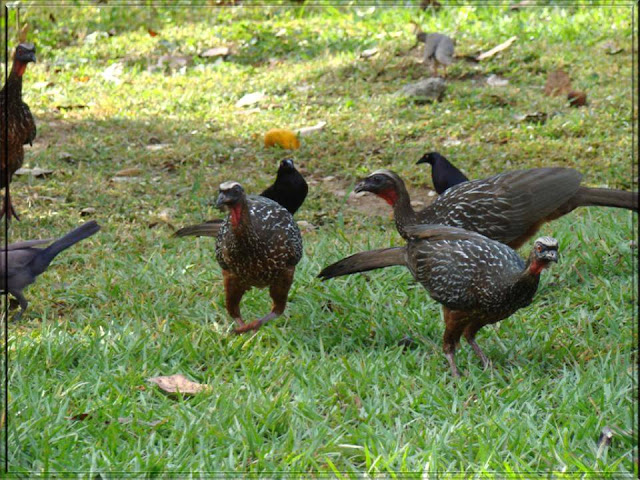 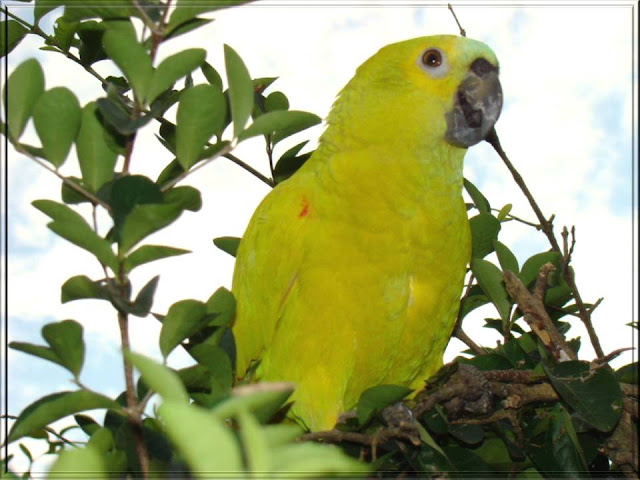 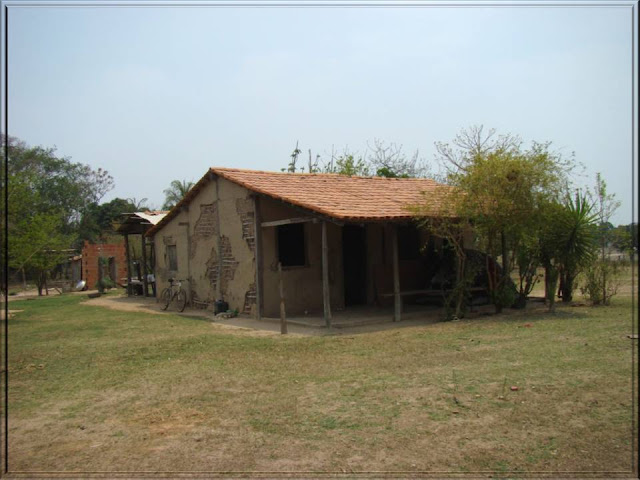 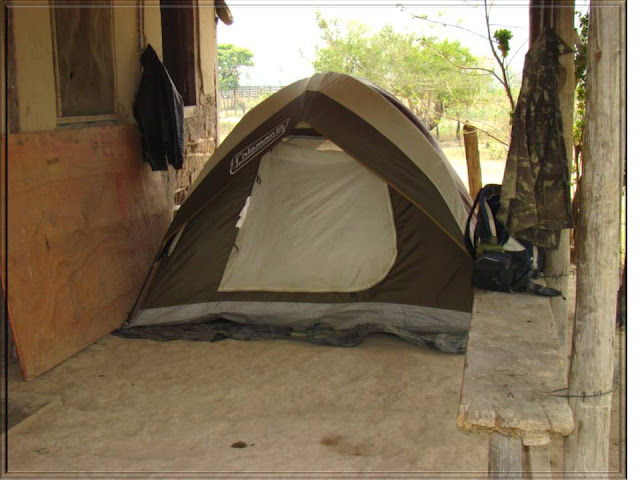 Civil Society, Economic Powers and Quality of Life: An Ecosystemic Approach to Live Better in a Better World

Natural and built environments, essential values to a peaceful coexistence, are gradually undermined by powerful political, economic and technological forces: problems are fragmented and reduced by academic formats, market-place interests and mass media headlines, public policies focus on the bubbles on the surface (consequences), ignoring what lies in the bottom of the boiling pot.

Delegates at international events are warned about the lack of safety in emerging countries, due to armed robbery, kidnapping etc. (never attempt to be a hero!). Meanwhile, rich natives surround themselves with an apparent "safety net" (strongholds, private security), incapable of facing the true problems, because, in the first place, it could undermine their business and investments.

The impact of current socio-political-economical systems are repeatedly reminded: chronic problems get worse from year to year: the billion people who live in crowded slums and the like; the unemployed and out of school youngsters, roaming the streets, who are lured by a culture linked to consumerism and are increasingly pushed to criminality.

Rapid urbanization has transformed the cities of Latin America in chaotic centers of social conflict Leroux (1998), plagued by the invasion of real estate building and illegal settlements, overwhelming use of private cars instead of public transportation, garbage cluttering, disastrous floods, climatic unbalance, air pollution and lack of drinking water.

In the emergent countries, the new middle classes dispute vacancies in the parking lots of shopping centers and super-markets and attribute street criminality to the “evil” nature of worthless people, while the "most favoured" move about in armoured cars and relentlessly propagate the idea that economic growth is synonymous of quality of life (for whom?).

Corporate interests and privileges, in the private and in the public sphere, are responsible for the outsourcing of services and public works, channelling huge funds into poorly executed and over-billed consultancies and contracts (under the guise of state "streamlining"). Less money would be spent by restructuring the state and the admission of qualified civil servants.

Questions about values, goals and principles should be considered, critically inquiring into prevailing paradigms of growth, power, wealth, work and freedom, in view of a network of hope, dignity and self-reliance: individuals who think critically, communicate effectively, value diversity, act ethically and show an empathy with others.

To build sustainable cities it is necessary to redesign social institutions and technologies. It is not only the right to urban resources, it is the right to change ourselves by changing the city: the kind of city we have is linked to the kind of human beings we are willing to be (Harvey 2006).
The current asymmetry of power between individuals and corporations is reflected in buckled environmental policies in environment, energy, transportation, housing, health etc., in the disorderly expansion of big cities by real estate interests, in the loss of green areas, in corruption, violence and crime.

Corruption, spurious alliances between public and private interests clash with transparency and the restoration of institutional control over the affairs of state. Development strategies based on mega-projects are linked to irresponsible consumerism, abuse of natural resources, environmental collapse, inequalities, violence and poor quality of life.
The issue is also cultural, culture shapes individual and collective identities, values essential to preserve quality of life, builds the social significance of communal life and guides the expectations of the future. Education and media, manipulated by vested interests, "develop a culture based on intolerance and violence" (UNESCO-EOLSS, 2008).
If a public good is a "res nullius", anyone can freely take ownership of it, since it has no owner, but if it is a "res communis", a collective good, its enjoyment is restricted to the general interest and should respect the rights of those who, for lack of means, resources, knowledge or opportunity, do not have access to it (Quéau, 2010).

The transition from a non-ecosystemic to an ecosystemic model of culture requires new paradigms of growth, power, wealth, work and freedom embedded into the cultural, social, political and economic institutions, whose critical role goes beyond individual morality and motivations; the focus should not be on consumer behaviour, but on its social, political, economic, physical and and cultural embeddedness.
In this sense, quality of life depends on the combination of four “dimensions": intimate, interactive, social and biophysical (Pilon, 2009). Being-in-the-world covers the relationship with oneself ("inner world"), the relations with those closest ("interactive world"), the relations with society as a whole ("man's world"), the relations with the environment, beings and things (Binswanger, 1963).

Acceptance of ethical norms, peace building, environmental equilibrium requires a host of ethically interpreted and ordered social experiences, a capacity to develop morally relevant interests as the bases of rights-bearing, a broad, universally rationalised cultural knowledge, an empathy with people, including those regarded as alien, or even hostile (Znaniecki, 1935).

Authentic freedom (or freedom for) should not be confused with “freedom from” (Fromm, 1941), it is not the absence of external constraints, but the possibility of making critical options; it requires a capacity to make appropriate choices, in which self-interest is linked to the pursuit of common endeavours.

Institutions determine the "rules of the game," stabilize the behaviours and interactions between people, create predictability and decide how the constituted authority is exercised, controlled and redistributed (March and Olsen, 1989). They create systemic confidence (not idiosyncratic), reducing the risks of citizens’ dependency on the “good will” of influential people to solve public or private affairs.

A society dominated by mass media, advertising and consumption, by public education policies averse to the formation of character and development of civic spirit, can only result in individuals which accepts any expedient to "get there", eager for immediate gains and power, uncompromising with the general well fare. The inclusion of more people in this system of things, only reproduce the system, in a vicious circle.

"The emphasis on human rights rather than on collective political action, merely reiterates individualistic approaches (Harvey, 2005). RIghts and duties must be linked to ethical standards, to a set of morally relevant social experiences throughout life; social status, personal identity, should not be the result of the "privilege" of belonging to groups seeking mastery upon others through ruse, violence and crime, whether in the streets or government cabinets.

Chronic problems due to the lack of urban planning (or its subordination to the interests of business corporations), are reflected in the growing distance between workplace and home, in the absence of leisure and cultural activities in neighbourhoods, in the widespread and intensive use of private vehicles for locomotion, in the precariousness of the means of collective transportation, in energy waste and increasing environmental pollution.

Beyond the interests of financial markets, business corporations and technologies embedded in global enterprises, scientists, philosophers and educators committed to cultural, political and economical changes warn that cities can not remain as centers of capital accumulation and profit generation, but should care for the natural and built environment, for harmony and solidarity.

Solidarity is not restricted to the care for the most needy, but combines participatory democracy, leadership development and cooperative work, with a view to organizing and facilitating group of citizens committed to an integrated view of the various aspects of quality of life: education, culture, justice, labour, environment, health, safety, housing, leisure, transport, consumption.

Cultural inclusion cannot be a matter of mass communication, or of educational programmes exclusively devoted to professionalism and the market. We must preserve and develop the best that mankind has constructed through its history, the letters, the arts, philosophy. When will we be considered true citizens, in every sense of the world, instead of mere users and consumers?

“Social inclusion” only accommodate people to the prevailing order and do not prepare them to change the system (Labonte, 2004); once “included", a new wave of “egocentric producers and consumers” (Chermayeff and Tzonis, 1971) reproduce the system responsible for their former exclusion and increase the abuse of nature in the name of the so-called “progress” and irresponsible consumerism.

Growth, power, wealth, work and freedom must acquire new meanings (O’ Sullivan, 1987). The accumulation of wealth to the exclusion of other components of the development process (culture, education, ethics, justice, equity, beauty, safety, health) has led to overwhelming natural devastation and severe social and cultural impacts, with high levels of crime and violence, observed nowadays in major cities of emergent countries.

Recently, the United Nations proposed the following questions for the citizens of the world: What is the best thing about your city? What's the worst thing about your city? What do you want the authorities to do about it? What can you do about it? It is a clear attempt to foster civic participation and personal engagement, but to make things happen it is necessary to create active socio-cultural niches at many societal levels.
A socio-cultural niche is made up of a new structure, a core that differs from the system, able to create the necessary conditions to explore new ways of understanding things and generate new ways of being in the world, by building a "semiosphere" specific, consisting of new paradigms and meanings, involving discovery, interpretation and invention, as a essential condition to develop critical capacities to operate changes.
For its emergence, it is necessary that public policies and a multitude of agents in different areas (education, culture, health, leisure, environment, etc.), demonstrate a clear commitment in view of an integrated ecosystem approach, favourable to the development, in the social-cultural niches of citizenship, of a critical judgment regarding the current paradigms that underlie the political, economic and cultural models.

The present ethos should not center on individual good and individual value alone, neither on development projects based on the current paradigms of wealth, growth, power and freedom, but on quality of life, on healthy environments and on healthy life styles. Problems should not be reduced to the segmented bubbles of the surface (taken for granted issues), but searched deep inside the “boiling pot”.