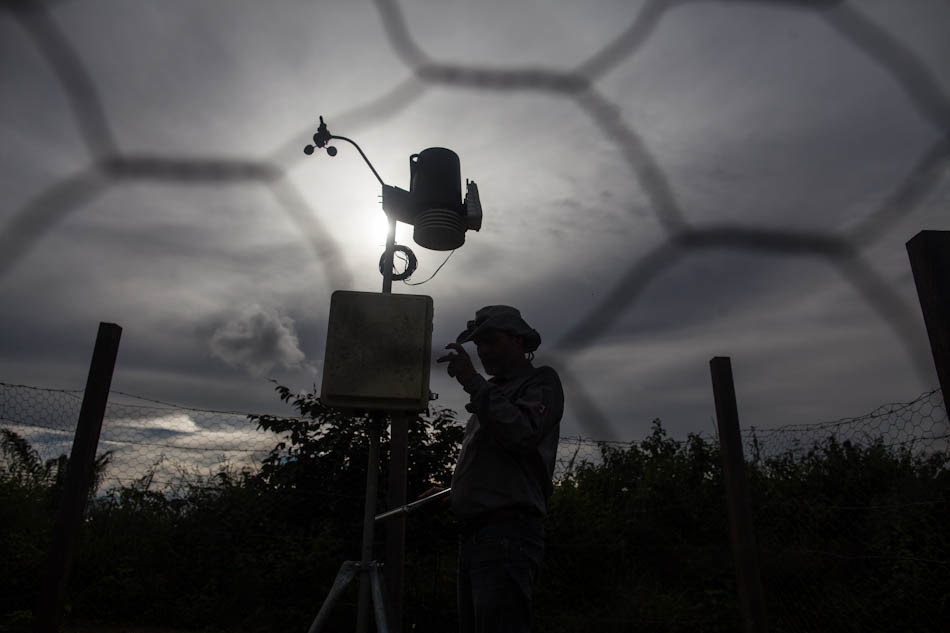 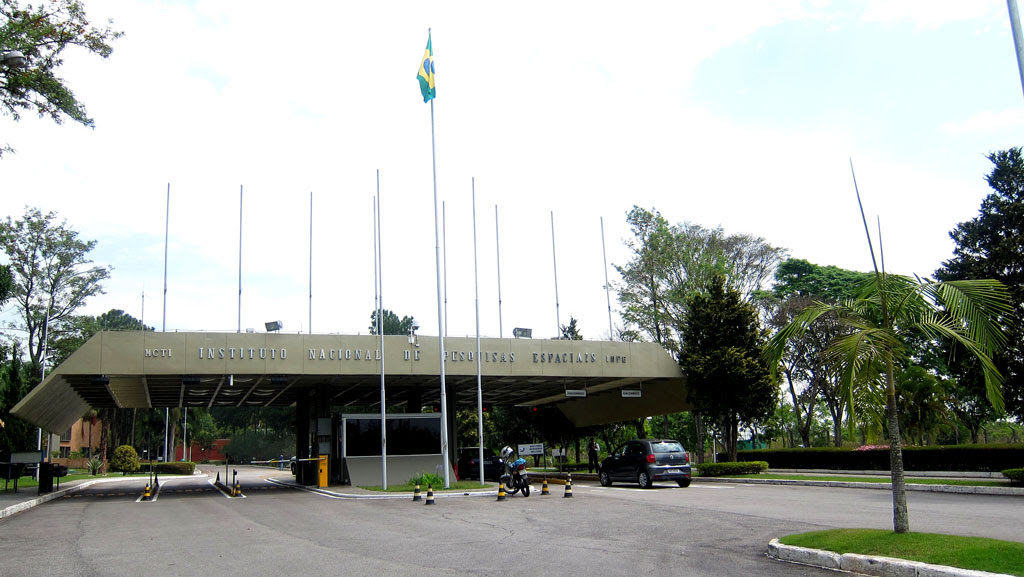 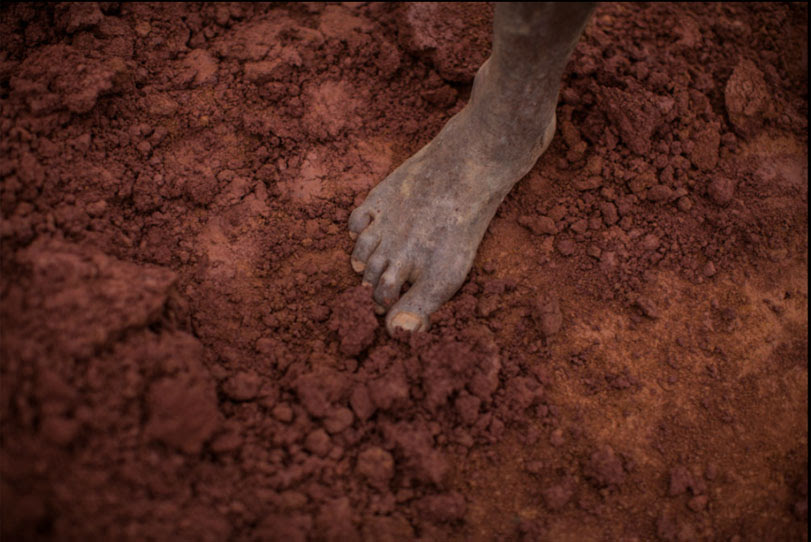 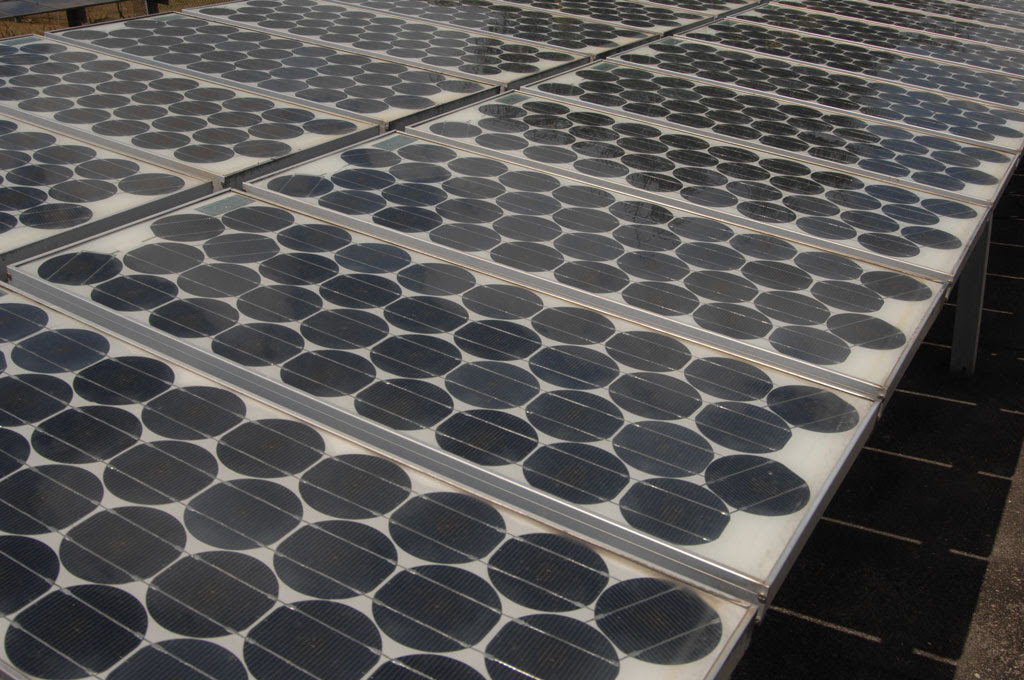 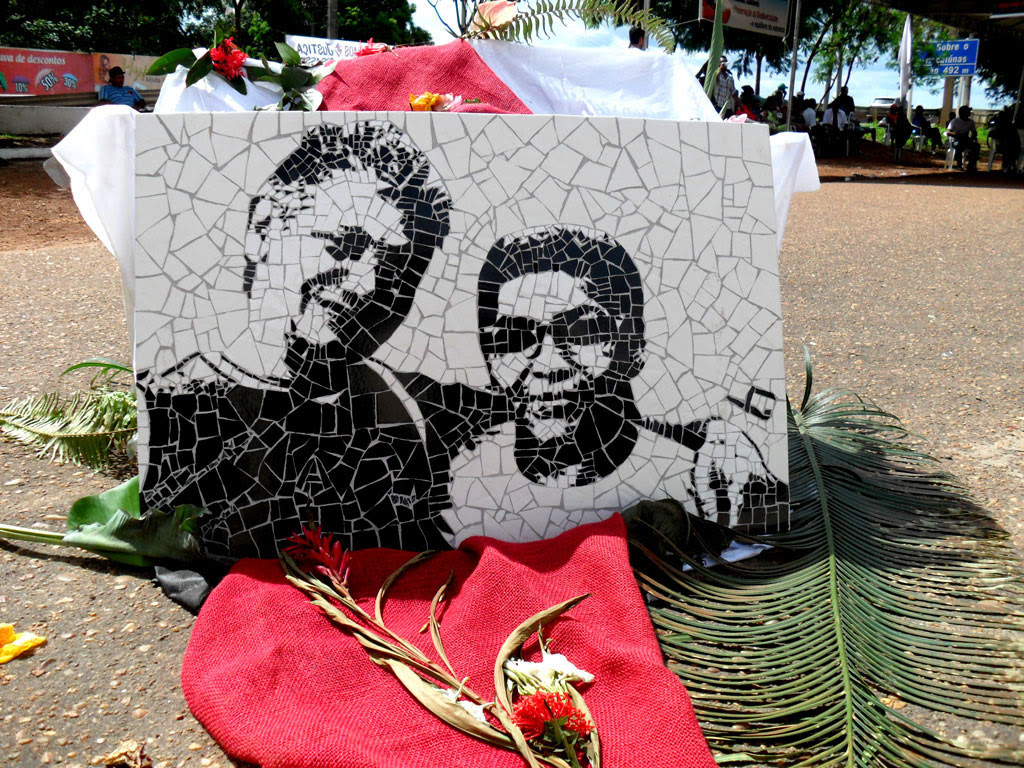 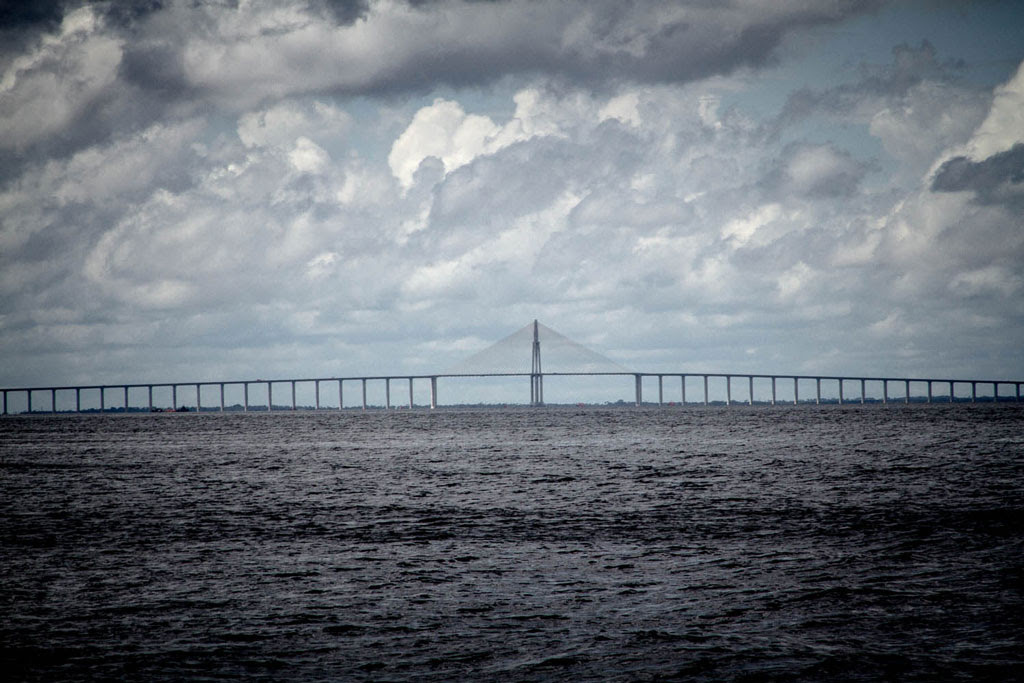 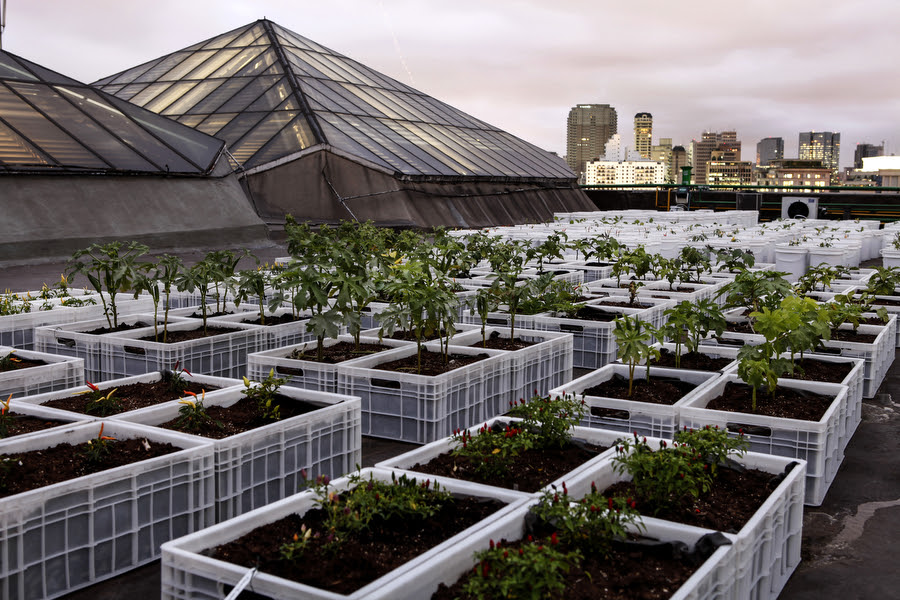 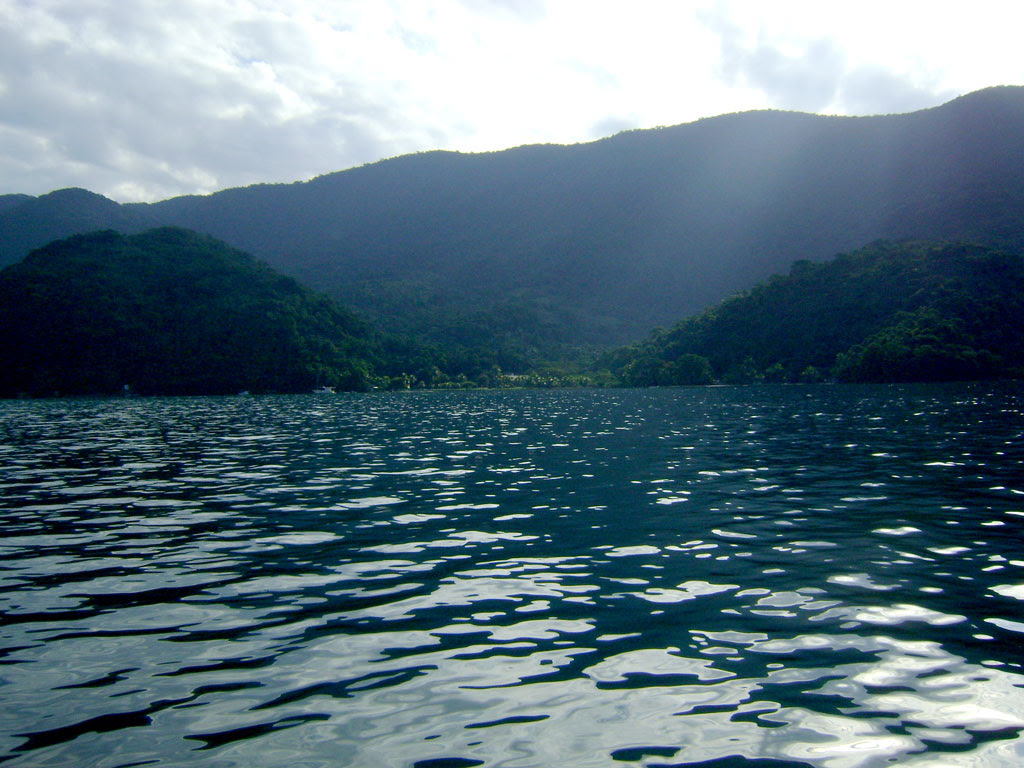 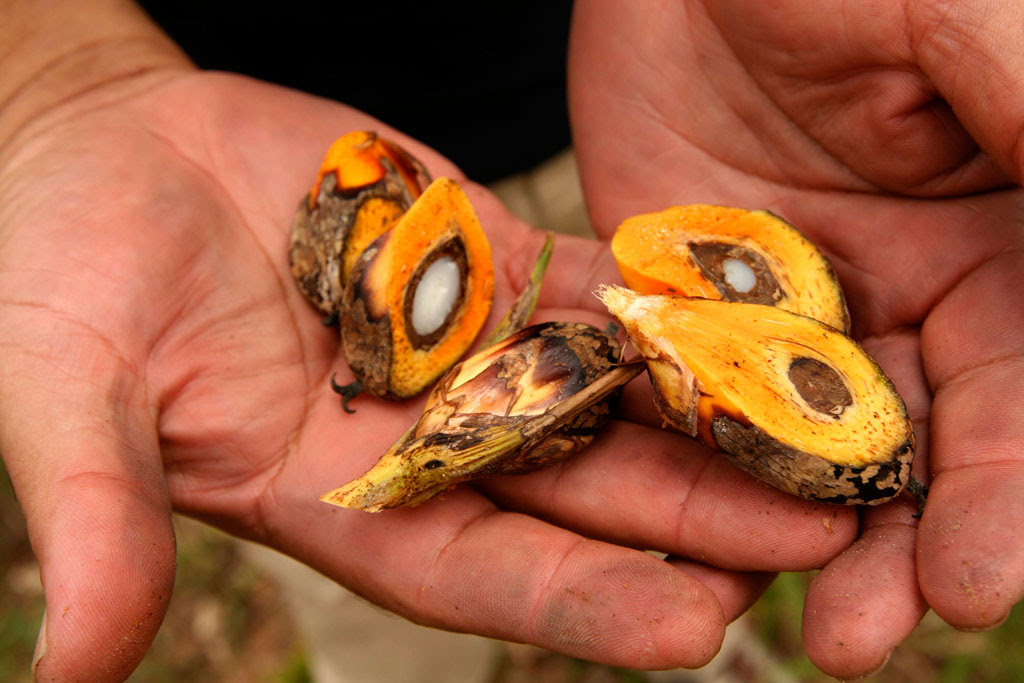 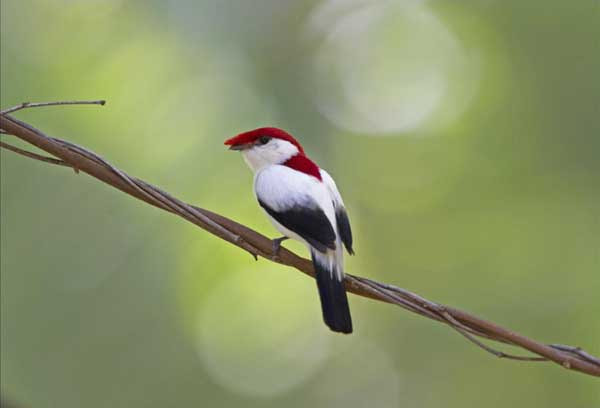 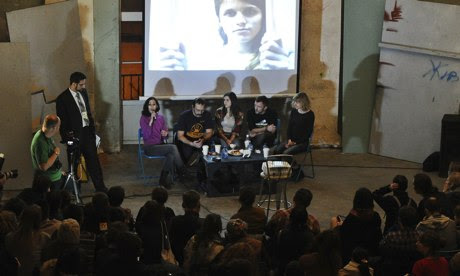 Arctic 30 activists at a meeting with residents of St Petersburg on 23 December. Photograph: Olga Maltseva/AFP/Getty Images
A group of 30 Greenpeace activists and journalists detained in Russiasince September should be home shortly after Christmas after authorities began on Tuesday to formally process their criminal amnesties and grant them exit visas.
A Greenpeace spokesman said members of the group, who were arrested aboard the Greenpeace ship Arctic Sunrise during a protestagainst oil drilling in the Arctic, were beginning to go through the administrative process clearing them of criminal charges, before being given exit visas to leave the country. This was likely to take some time, he said, and none of the group were expected to leave Russia before Thursday at the earliest.
The group said Anthony Perrett, a Greenpeace activist who is one of six Britons to be detained, was the first to have the criminal case against him formally dropped. He is now awaiting the exit visa needed to leave Russia and has been told he can collect it on Thursday.
In a statement released by Greenpeace, Perrett said: "It's time to go home, it's time to get back to Wales, and I just got one big step closer." He said the group took peaceful action and he remained proud of his actions.
The 28 activists and two journalists were charged with piracy, later reduced to hooliganism, after Russian authorities boarded their ship. After they were held in St Petersburg for months, initially in prison and then on bail, they were given amnesty under a law passed by Russia's parliament last week, which also granted clemency to the two jailed members of the punk group Pussy Riot.
Kieron Bryan, a British freelance video journalist who is among the so-called Arctic 30, said from St Petersburg: "Only a few weeks ago it looked like we were going to be here well into February and probably beyond. To be getting our amnesty for Christmas Day is pleasing."
Bryan's fiancee was arriving in St Petersburg later on Tuesday to spend Christmas with him, he added, and they would return to the UK together: "Christmas will be whenever we're all together as a family, as far as I'm concerned. It'll be strange tomorrow. Talking to my mum and dad on Skype will be a bit bizarre, but we'll be together before the New Year and we'll start 2014 in the right place, which is good."
Once he returned to his home village in Devon, Bryan said, he would begin trying to put his life back together. "I've got a lot of people to go and say thank you to in person, and do a lot of things I've been missing."
Cliff Harris, the father of another Briton among the group, Alex Harris, said the family were expecting her imminently. He said: "We've been told it might be Boxing Day, but it might not be. I think two have gone through and been told they can leave, but they've got to go before the investigating committee and get the final stamp. It would have been nice to see her for Christmas, but any time is great."
Greenpeace has said Russia was acting contrary to international law in laying criminal charges against people taking part in a legitimate and peaceful protest. The organisation strongly argued firstly for the 30 to be granted bail, and then for them to be allowed to leave the country.

'For me, in terms of personal satisfaction, the mission’s already accomplished,' NSA whistleblower says
Whistleblower Edward Snowden has declared “mission accomplished”, seven months after revelations were first published from his mass leak of National Security Agency documents.
The documents, which were leaked to the Guardian and also the Washington Post and Der Spiegel, revealed how technological developments were used by the US surveillance agency to spy on its own citizens and others abroad, and also to spy on allies, such as the US on Germany and Australia on Indonesia.
In 14 hours of interviews with the Washington Post journalist Barton Gellman Snowden said,
“For me, in terms of personal satisfaction, the mission’s already accomplished.”
He continued: “I already won. As soon as the journalists were able to work, everything that I had been trying to do was validated. Because, remember, I didn’t want to change society. I wanted to give society a chance to determine if it should change itself.
“All I wanted was for the public to be able to have a say in how they are governed.”
Snowden said other colleagues at the NSA had been concerned the agency was spying on “more Americans in America than Russians in Russia” and were not entirely comfortable with the data collected on “ordinary” citizens.
He described using the “front-page test” on his colleagues when raising the issues, asking them how they thought the public would react if information was reported on the front page of a newspaper.
He said he had brought his concerns to at least four superiors and 15 colleagues at the NSA and used a heatmap from the data query tool BOUNDLESSINFORMANT to show how much data the agency was collecting.
The NSA told the Washington Post that none of these approaches had taken place.
Snowden also said he had suggested changing NSA systems so there would need to be a second authorisation for copying files to a hard drive but was rejected.
If his suggestion had been implemented Snowden would not have been able to copy all the files he took. An NSA spokeswoman also denied those conversations had taken place.
“I am not trying to bring down the NSA, I am working to improve the NSA,” Snowden said.
“I am still working for the NSA right now. They are the only ones who don’t realise it.”
Snowden revealed a little of his life in asylum in Moscow. He likened himself to an ascetic and a house cat and said he rarely left the house, spending most of his days surfing the internet – though visitors have brought him piles of books.
He does not drink – he says he never has – and lives mostly on ramen noodles.
There has been speculation that Snowden has rigged up a type of “dead man’s switch” so if the NSA, or a similar spy agency, hurt or kill him, then a cache of thousands of documents would be released on to the internet.
Snowden denied this and likened the scenario to a “suicide switch”, alluding to people who might want the information on the internet, unchecked and unredacted, and would kill him for the sake of it.
He named the chairs of the Senate and house intelligence committee, Dianne Feinstein and Mike Rogers, as people who had “elected” him to his whistleblower position by not doing their jobs properly in ensuring the oversight of the NSA.
“It wasn’t that they put it on me as an individual – that I’m uniquely qualified, an angel descending from the heavens – as that they put it on someone, somewhere,” he said.
“You have the capability, and you realise every other [person] sitting around the table has the same capability but they don’t do it. So somebody has to be the first.”
He said he had no relationship with the Russian government. “If I defected at all, I defected from the government to the public,” he said.
By mimi sato - December 24, 2013 No comments: 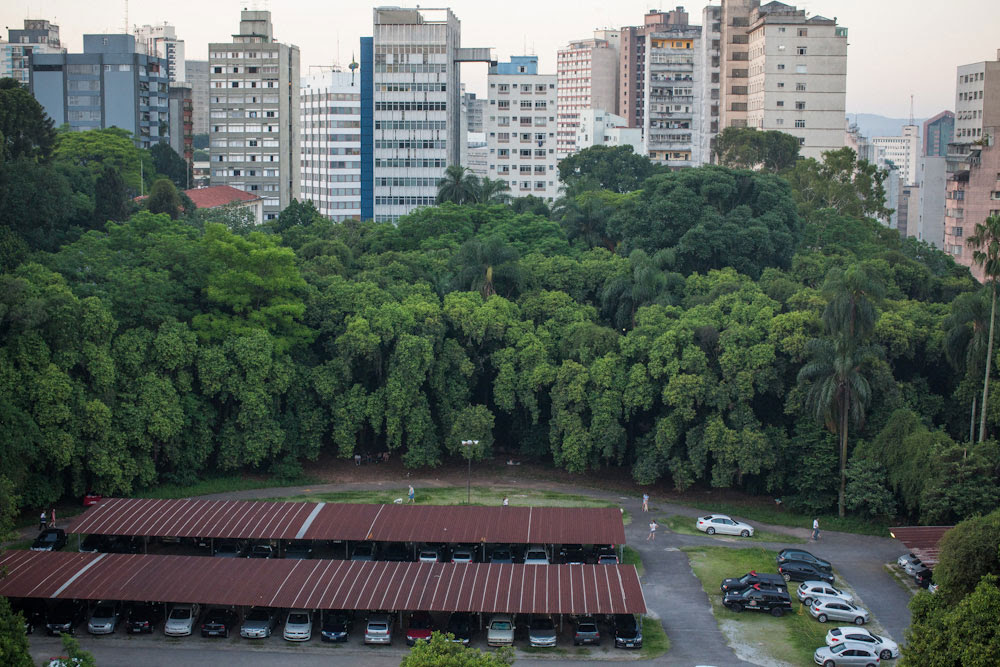 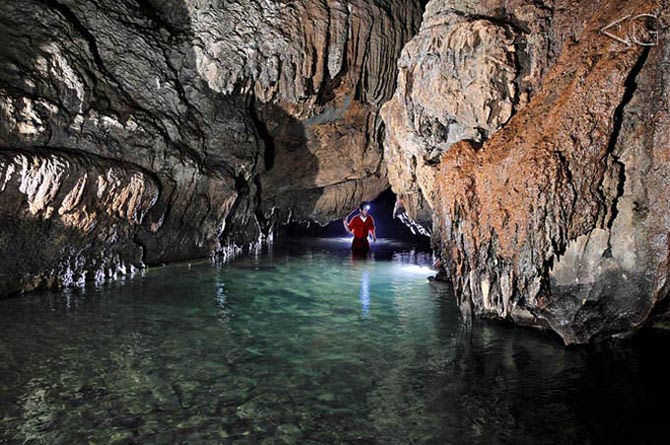 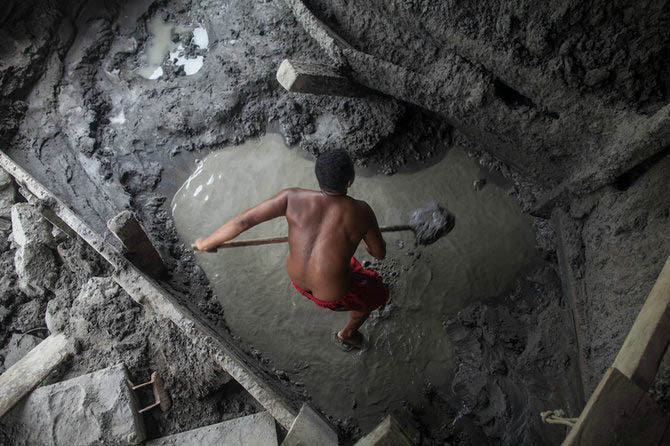 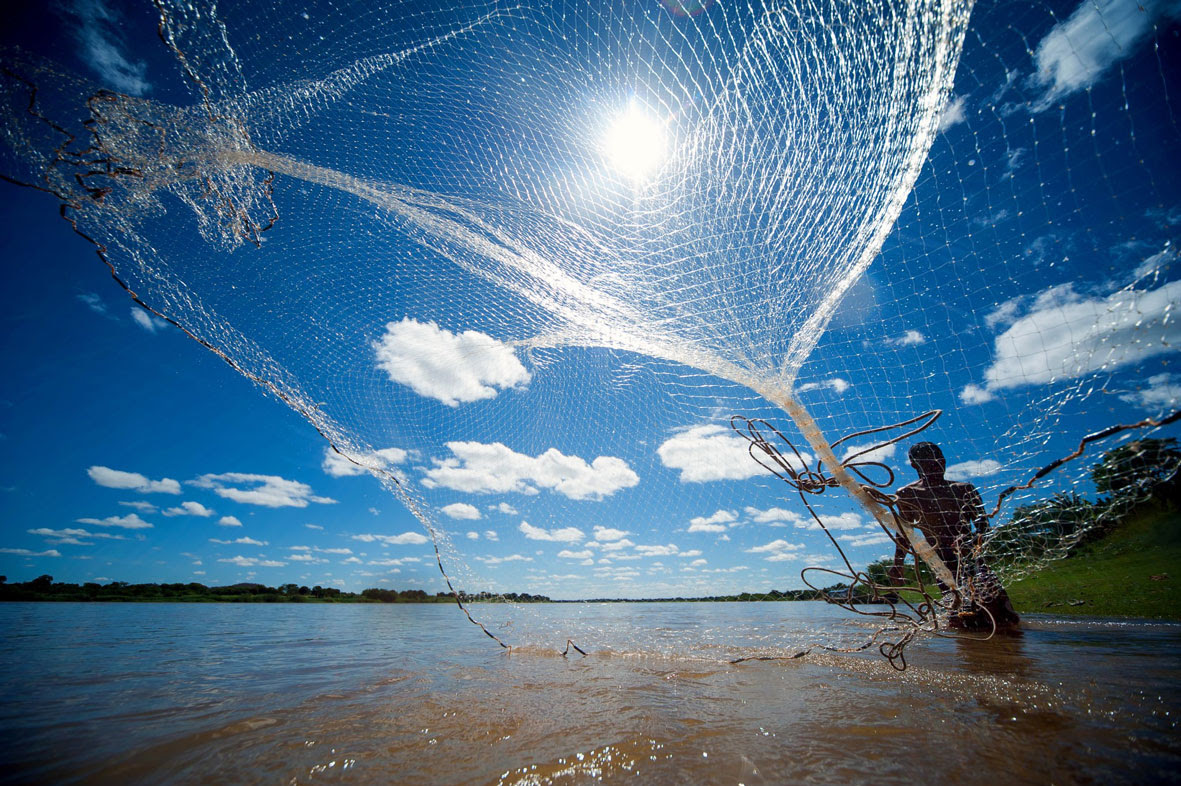 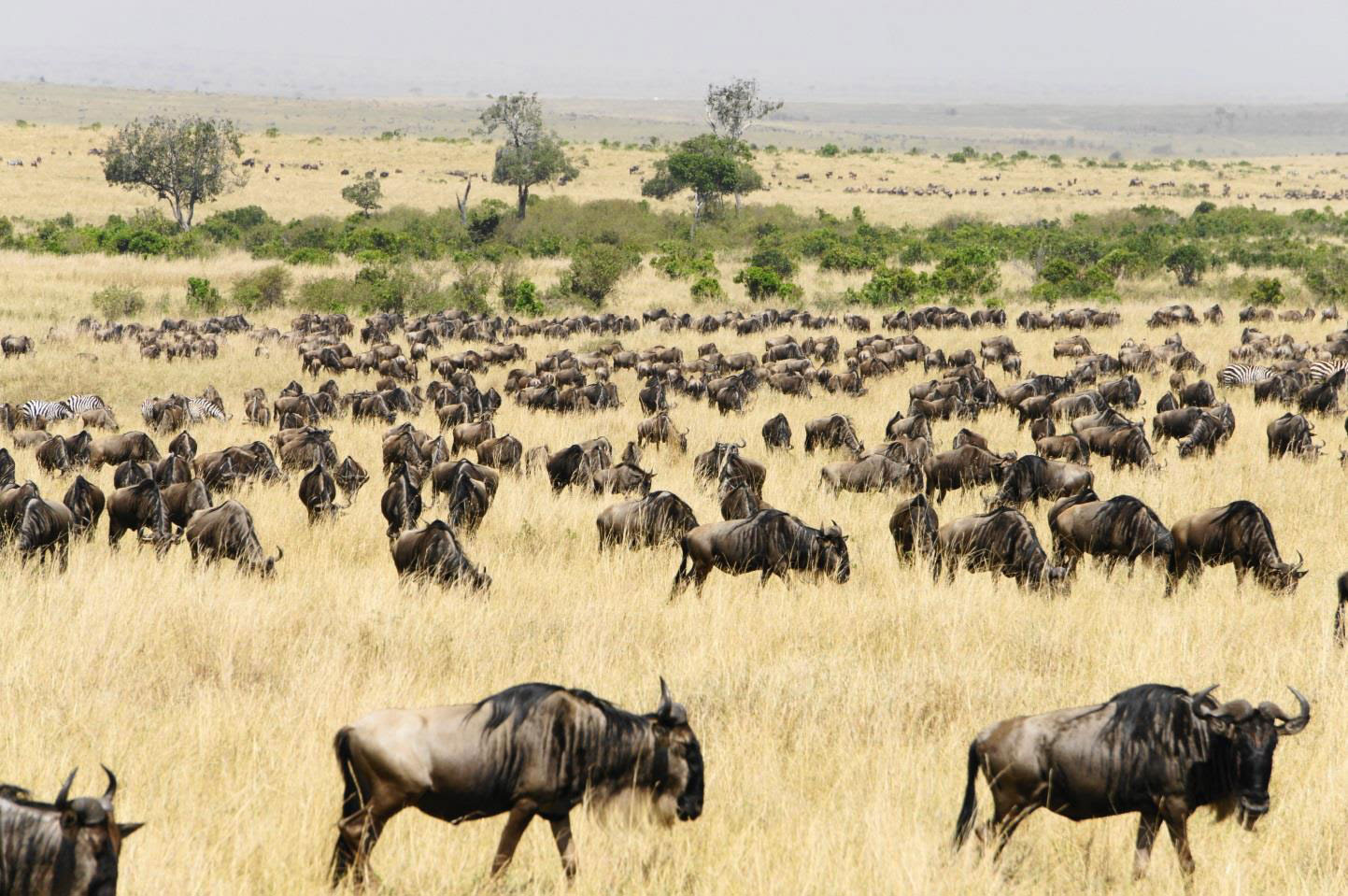 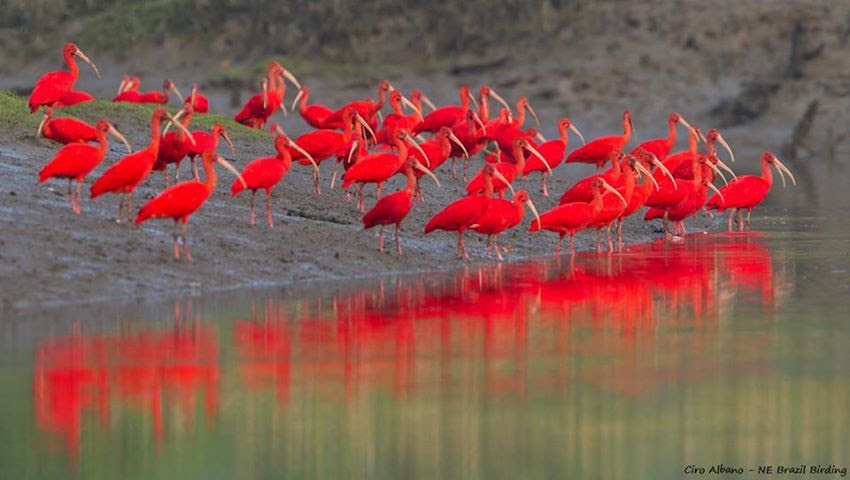 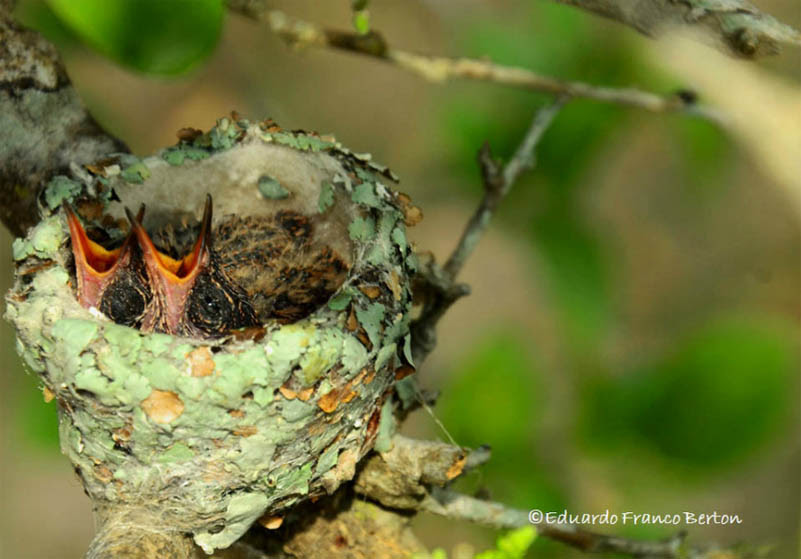 Wildlife and nature photography award-winning images of 2013 – in pictures


Wildlife and nature photography award-winning images of 2013 – in pictures

From the arresting image of a starved polar bear lying dead in the ice-less Arctic tundra, to the endangered blue-tongued forest giraffe in the rainforests of Democratic Republic of Congo, we present a selection of winning wildlife images, along with stunning nature photographs that capture painting-like landscapes and log cabins straight out of Grimm's Fairy Tales 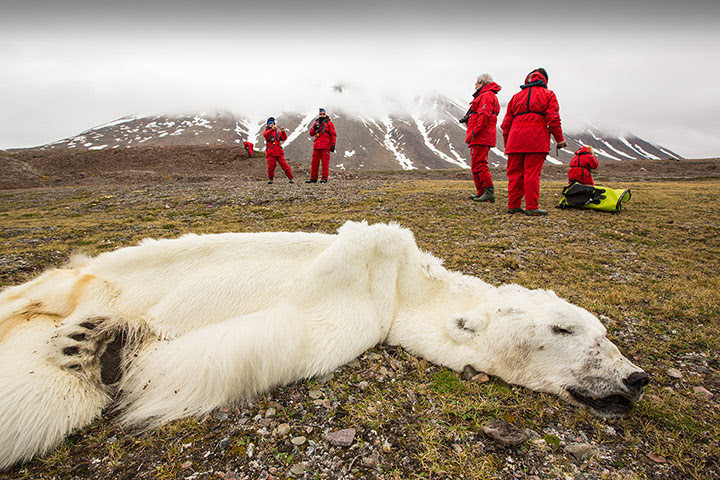 From our big picture series: A male polar bear (Ursus maritimus) starved to death as a consequence of climate change. This male polar bear was last tracked by the Norwegian Polar Institute in April 2013 in southern Svalbard. It was found dead by scientist Ian Stirling when he was on an Arctic research cruisePhotograph: Ashley Cooper/Global Warming Images
;

More from the Guardian

More from around the web