Rewrite the aims of the economic revolution – word for word

Rewrite the aims of the economic revolution – word for word 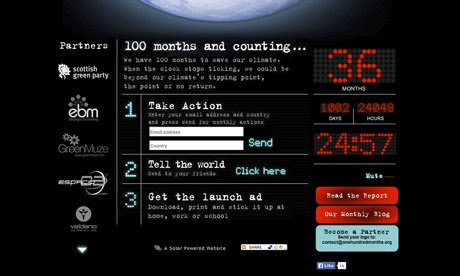 The founding principles of neoliberalism needs reworking. Photograph: Onehundredmonth.org
A spasm of interest in radical overhaul of the "system" seems to have foundered on the killer question: "Where's the plan for a different one?"
But, with the prospects for an urgently needed green economy being suffocated daily by business as usual, how difficult can it be to rewrite the failing, founding principles of mainstream, planet-eating, people-crushing, neoliberal economics? Not difficult at all, it turns out. In some cases you just need to change a few words to turn the world around. With celebrities talking revolution, students walking out of unreconstructed university economics lectures, and allegations flying of departments stuck in doctrine and dogma, it could prove a timely correction, as market analysts might say.
Let's go back to where it all began. Mont-Pèlerin is a small village in Switzerland. In photographs it has the same tranquil postcard perfection that was used to deeply unnerving effect in the French television drama The Returned, in which people inexplicably come back from the grave to the bewilderment of friends and family.
In April 1947, Mont-Pèlerin was home to an ideological resurrection, and as with The Returned, what came back was critically different.
Philosophers, academics and historians gathered at the Hotel du Lac to discuss how to halt the spread of ideas that emphasised common purpose and governments acting directly in the public interest. Milton Friedman and Friedrich von Hayek, scions of the Chicago School of Economics, Ludvig von Mises of the Austrian school, and philosopher Karl Popper were among the like-minded who set out to perfect a market system that would underpin their vision of a free society.
That meeting set in train an economic counter-revolution that, over three decades later, saw the inexorable rise of neoliberalism. They married the old, neoclassical belief in deregulated markets with newer liberal concerns about personal freedom, fully conflating the two. The Mont-Pèlerin Society was formed and remains active today, still promoting essentially the same message.
Karl Popper, author of The Open Society and Its Enemies, did not stay involved. He had a more nuanced view on markets and freedom, pointing out that "proponents of complete freedom are in actuality, whatever their intentions, enemies of freedom". Popper saw the logical consequence of ignoring how power, unregulated markets and unrestrained individual behaviour would interact, reasoning that this notion of freedom paradoxically would be, "not only self-destructive but bound to produce its opposite, for if all restraints were removed there would be nothing whatever to stop the strong enslaving the weak". By Popper's definition, neoliberalism wasn't, in fact, liberalism at all.
Since then, real market systems have failed on an epic scale. With great irony, they were only saved by Keynesian-style government intervention of heroic proportions. As the wheel, or perhaps spiral, of history turns again, a thought experiment seems in order.
Why not rewrite the original statement of aims of the Mont-Pèlerin Society in the light of lessons from recent history and in the face of today's pressing problems? With the environment falling apart, social cohesion sacrificed to the ideology of austerity, and economic instability rife, old plans need reworking. Here's my version (the Society's original is easily sourced on its website), with no apologies. Jeremy Paxman's sceptical eyebrows might be pleased to know that, in many ways, all the plan for an economic revolution needs is a word changed here and there. With excuses for the language of 1947, here are the founding principles of neoliberalism rewritten, word for word:

A new statement of aimsThe central values of civilisation are in danger. Over large stretches of the earth's surface the essential conditions for human prosperity, dignity, justice, and the free expression of dissent without intimidation have already disappeared.In others they are under constant menace from the development of current tendencies of policy. State intrusion into our private lives marches alongside the punishment of those in poverty due to an economic crisis they did not create, and energy policies guaranteed to ensure climatic upheaval.The position of the individual, community and campaign group is incrementally undermined by extensions of arbitrary power. Even those most precious possessions of enlightened society—the celebra|tion of difference, freedom to expose corruption and hold elites accountable—are threatened by the spread of creeds which, claiming the defence of freedom when representing a privileged minority, seek only to establish a position of power in which they can suppress and obliterate all views but their own.The market, whose diffused power was meant to guarantee against such abuse, has instead undermined democracy, allowing a previously unimagined concentration of control.We hold that these developments have been fostered by a rejection of history, empathy and curiosity about consequences that substitutes self-interest for common morality, and by the growth of theories which question the necessity of preserving convivial conditions for life on earth.We hold further they have been fostered by a decline of belief in public purpose and cooperative exchange; for without the deep resilience, openness and ambition associated with these projects it is difficult to imagine a society in which we may be free, survive and thrive.Believing that what is essentially an ideological movement must be met by reality, argument and the reassertion of valid ideals, the group, having made a preliminary exploration of the ground, is of the opinion that further study is desirable inter alia in regard to the following matters:1. The analysis and exploration of the nature of the present crisis so as to bring home to others its essential physical, moral and economic origins. [nb: one word added, 'physical' to include the real world]2. The redefinition of the functions of the market so as to distinguish more clearly between the totalitarian and the liberal order. [A single word changed, guess which?]3. Methods of re-establishing the role of society and of assuring its development in such manner that the market and other forms of centralised, unaccountable power are not in a position to threaten the environment in which civilisation evolved and the bonds which hold it together.4. The possibility of establishing optimal standards by means not inimical to initiative, creativity, community and healthy functioning of ecosystems.5. Methods of combating the misuse of history for the furtherance of creeds hostile to freedom or in the service of predatory power.6. The problem of the creation of an international order conducive to the safeguarding of life, peace and liberty and permitting the establishment of harmonious international economic relations.The group does not aspire to conduct propaganda. It seeks to establish no meticulous and hampering orthodoxy. It aligns itself with no particular party. Its object is solely, by facilitating the exchange of views among minds inspired by certain ideals and broad conceptions held in common, to contribute to the preservation and improvement of the conditions for life and the open society.

Not only does the earlier, original statement of aims make for an interesting departure point, how something so short and simple laid the basis of an economic revolution, there is something to be learnt from their tactics. Arthur Seldon was vice-president of the Mont-Pèlerin Society and went on to found the Institute of Economic Affairs (IEA) in 1955. The spread of like-minded groups like the IEA was deliberate, a strategic attempt to occupy more niches of debate and expand their intellectual space.
Rather than being precious about policy, as the left has a habit of being, he understood the value of generating ideas on your own terms. The IEA would fly kites, or "fire shells" of ideas, to use their own military analogy, to "clear the ground and set the agenda".
They weren't overly bothered if some missed, as long as they were lobbed in the right direction. They refused to get bogged down with short-term, incremental policy reform, or get stuck loitering in someone else's intellectual corridor. Such self-confidence, clarity of purpose and willingness to experiment is just what a rejuvenated, progressive politics needs, if it is to better understand and even make the new weather of our times.
Onehundredmonths.org
By mimi sato - December 03, 2013