Nature Anatomy: A Glorious Illustrated Love Letter to Curiosity and the Magic of Our World


Nature Anatomy: A Glorious Illustrated Love Letter to Curiosity and the Magic of Our World

A loving celebration of sunsets and salamanders, ferns and feathers, mountains and mushrooms, and the whole enchanting aliveness in between. 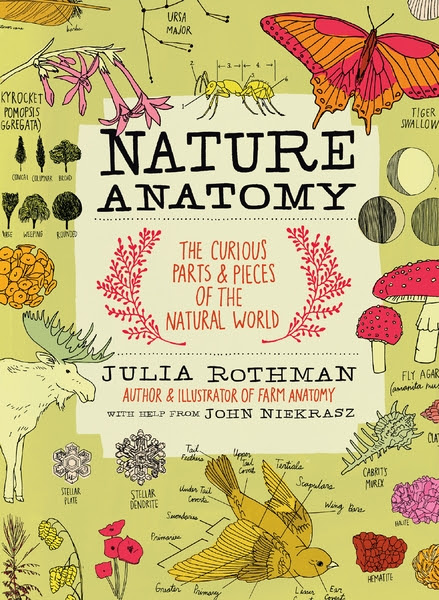 “A writer is a professional observer,” Susan Sontag noted in her spectacular lecture on literature. So is any great storyteller — including the artist. After turning her professional-observer powers and their visual record to the city and the farm, illustrator extraordinaire Julia Rothman now directs them at what Virginia Woolf believed was the source of all the arts: nature.
In Nature Anatomy: The Curious Parts and Pieces of the Natural World (public library), she fuses the curious scrutiny of science with the loving gaze of art to explore everything from sunsets to salamanders, ferns to feathers, mountains to mushrooms, and the whole enchanting aliveness in between. 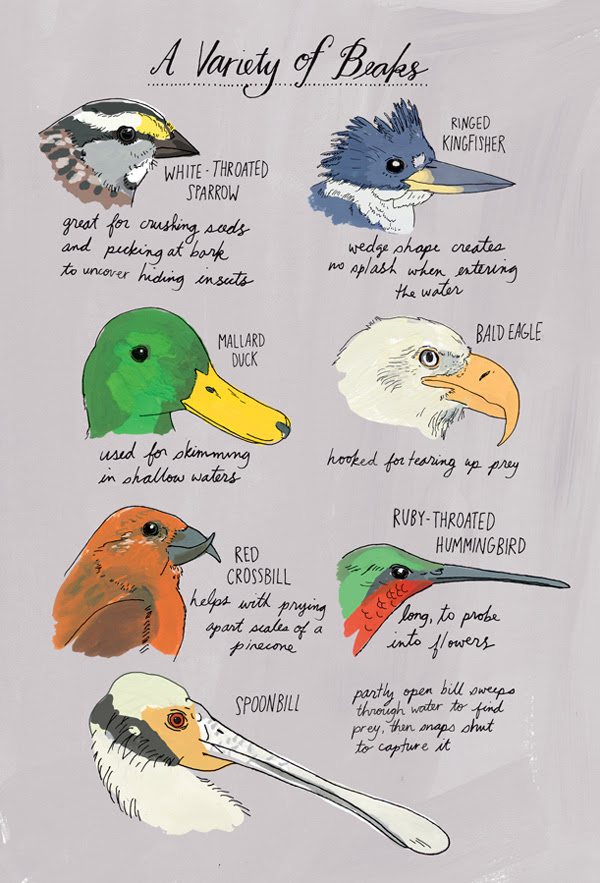 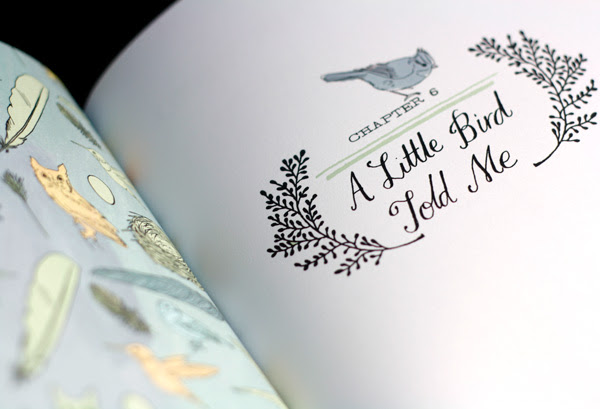 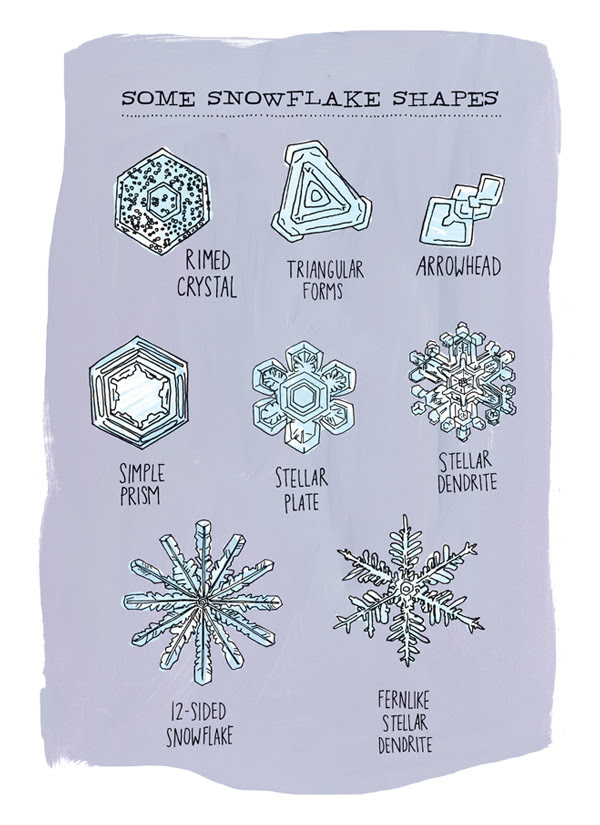 Rothman — who also dreamt up the most generous book in the world — embraces the natural world with the same generous attention to its monumental wonders, like volcanos and orcas, and its quietly bewitching details, like snowflakes and butterfly metamorphosis. With great elegance and simplicity, she makes visible and intelligible some of the most complex questions that have occupied humans, both little and big, since our species first laid eyes on the glorious “mote of dust suspended in a sunbeam” we call home. 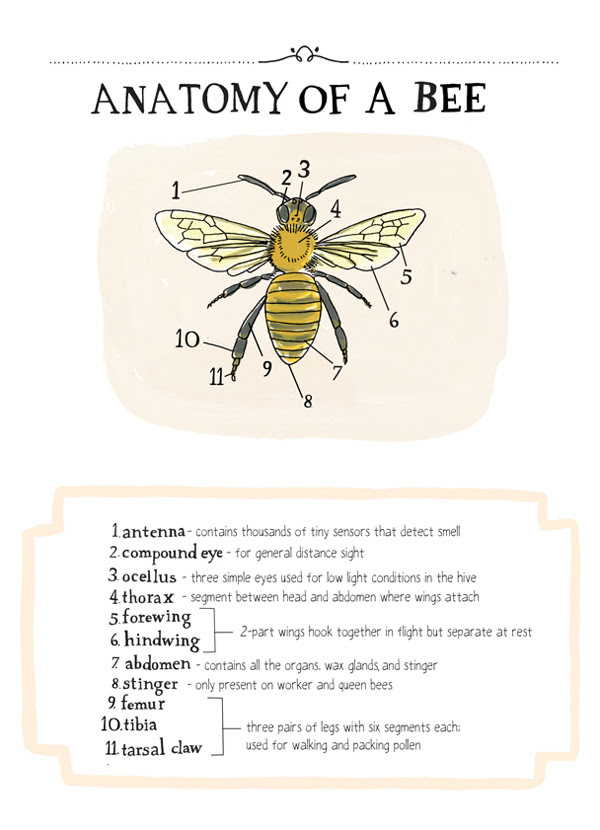 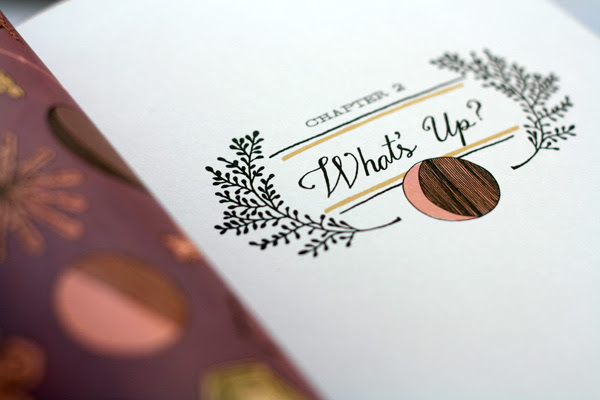 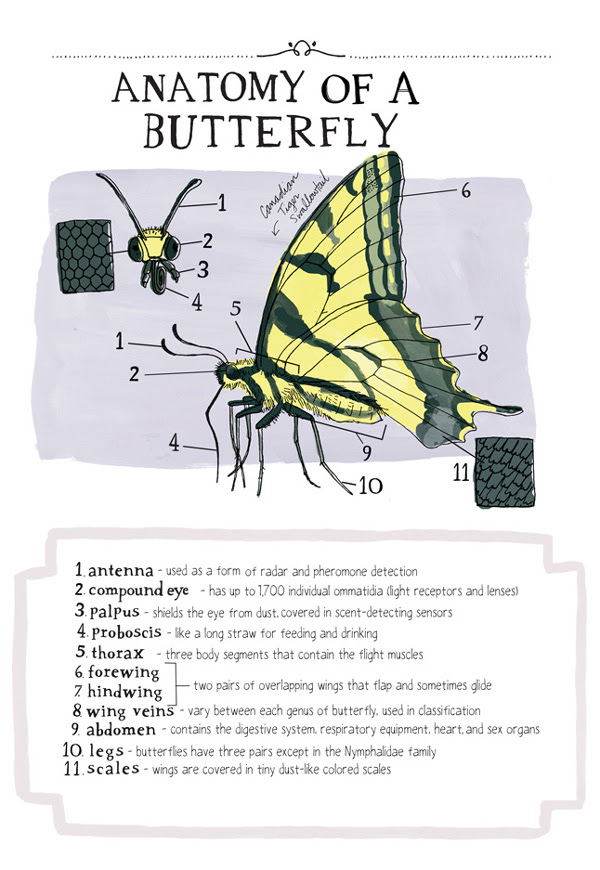 What emerges is at once a treasure trove of trivia — who knew that the 1,000 known species of bats, the only mammals capable of flight, constitute 20% of all classified mammals? — profoundly untrivial in its larger message: We are part of this glorious world we share with creatures manyfold more magnificent than us, and to know it is not only to love it, not only to be fully agape with awe, but to hold its future with utmost tenderness of heart and firmness of moral responsibility. 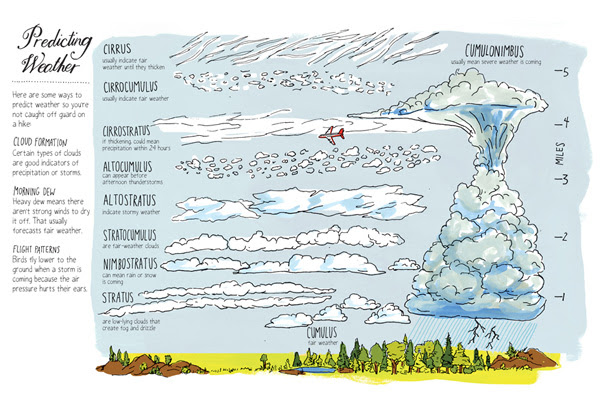 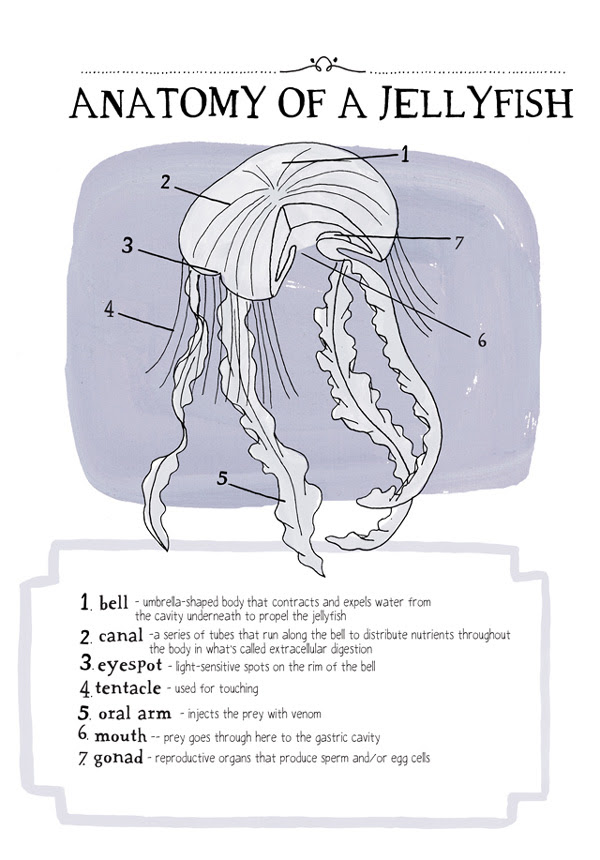 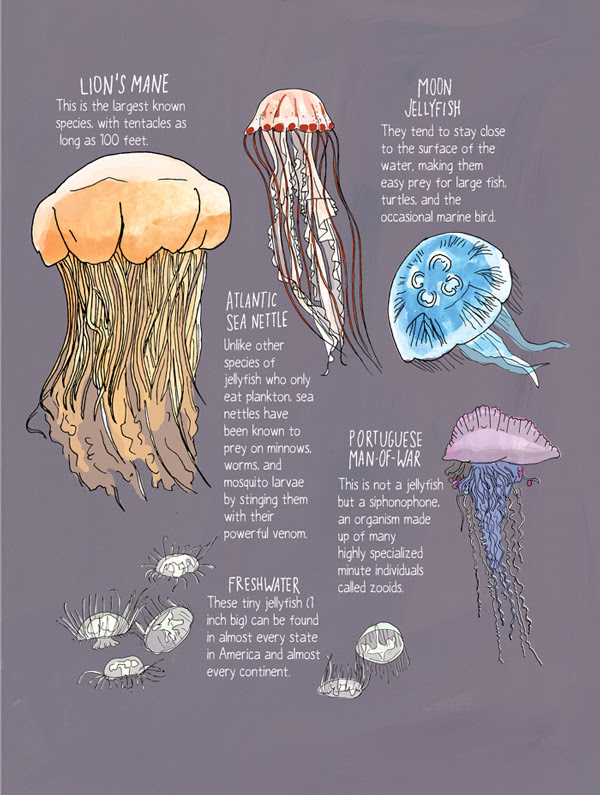 Rothman, the daughter of a science teacher, writes in the introduction:

I grew up on City Island in the Bronx, in New York City, on a block that ends with a beach, as most of the streets on the island do. Collecting and categorizing shells, studying horseshoe crabs’ undersides, and swallowing saltwater were part of my childhood, even though we could see iconic skyscrapers glowing across the water. My sister and I spent summers and camp, hiking in the woods in upstate New York, and sleeping in tents outfitted with lots of bug spray to satisfy my over-protective mother.
I really loved nature as a kid… But as I got older, I became a city girl at heart.

Rothman spent her teenage years as a normal city adolescent — sneaking into nightclubs and being rebellious in all those other predictable teenage ways that every generation believes it is inventing. Now, she lives near Prospect Park. Reflecting on that seemingly small yet miraculous contact with urban wildlife — of which there is far more than most people realize, well beyond parks — Rothman considers the transformative power of her mini “nature walks” in the park and how they shaped this project:

I cherish being surrounded by greenery for just a small period of time each day. It keeps me sane to be able to smell some grass after being squashed like a sardine in a subway car. I really look around the park wanting to know more. What is that tree with the beautiful leaves called? When will those flowers I saw last year show up again? Are those really bats flitting above our heads? How funny to see so many dragonflies attached, making love!
My curiosity continues to grow, and that’s how the idea for this book took shape.

Rothman notes that the book — in which she enlisted the help of friend and nature-expert John Niekrasz — is no more a “nature book” than her walks in the park are true “nature walks,” for there is no way to contain all of the living world between the covers of a single book. And yet it’s her nature book — a visual record of those aspects of our world that most sang to her and tickled her curiosity.
And that, I think, is precisely the point — we miss most of what is going on around us anyway, but it’s the act of looking that creates our reality, which is invariably subjective. Looking at nature in this way reminds us both that we are finite beings limited in the reach of our seeing abilities and that we belong to a world of infinite complexity and beauty — an awareness at once immensely grounding and immensely elevating. It calls to mind the opening of thatunforgettable Mary Oliver poem:

I know, you never intended to be in this world.
But you’re in it all the same.
So why not get started immediately.
I mean, belonging to it.
There is so much to admire, to weep over. 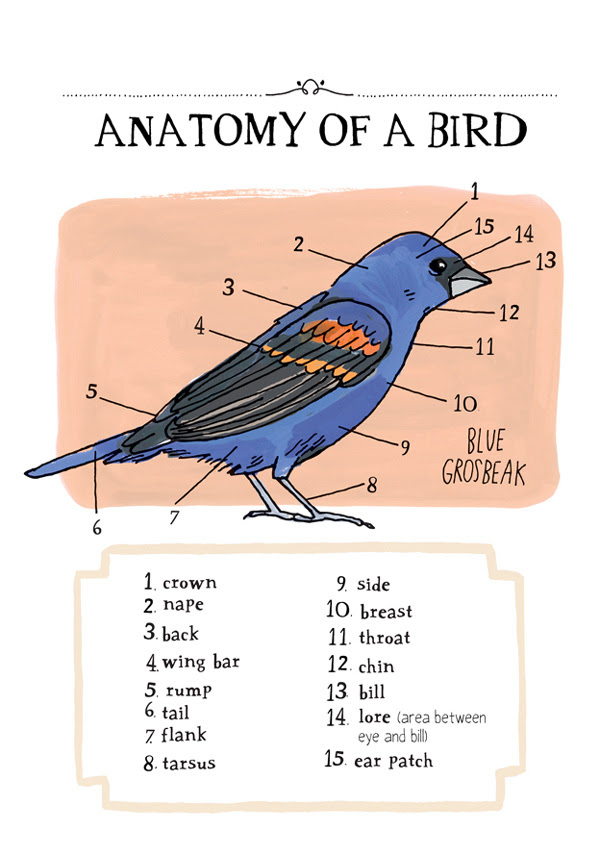 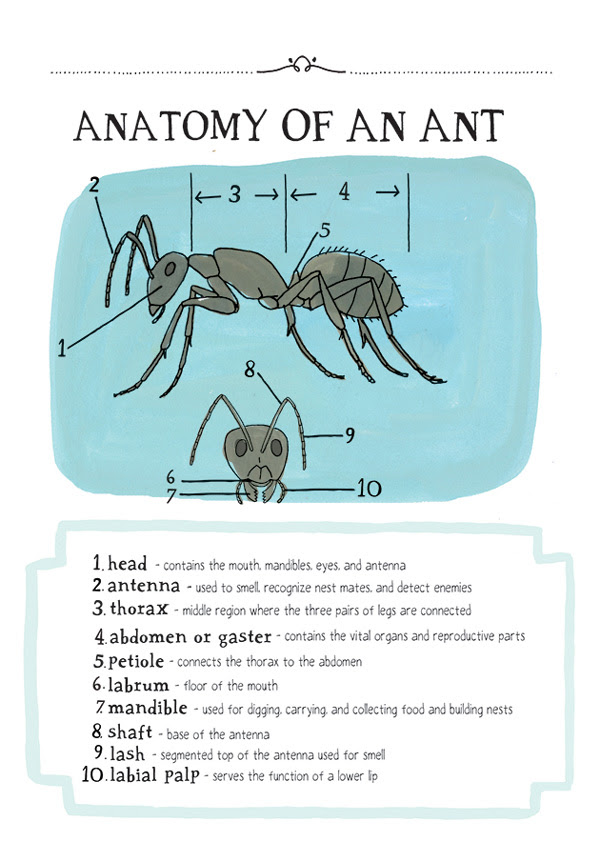 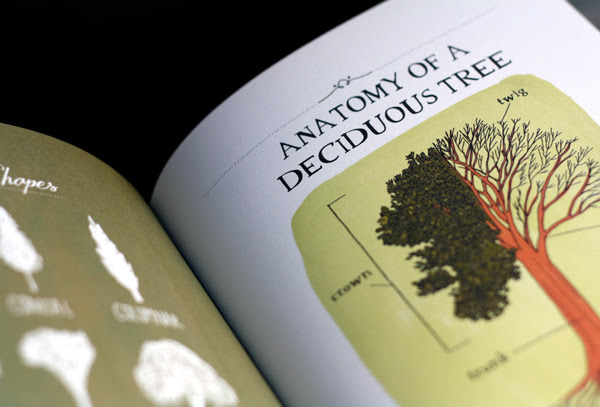 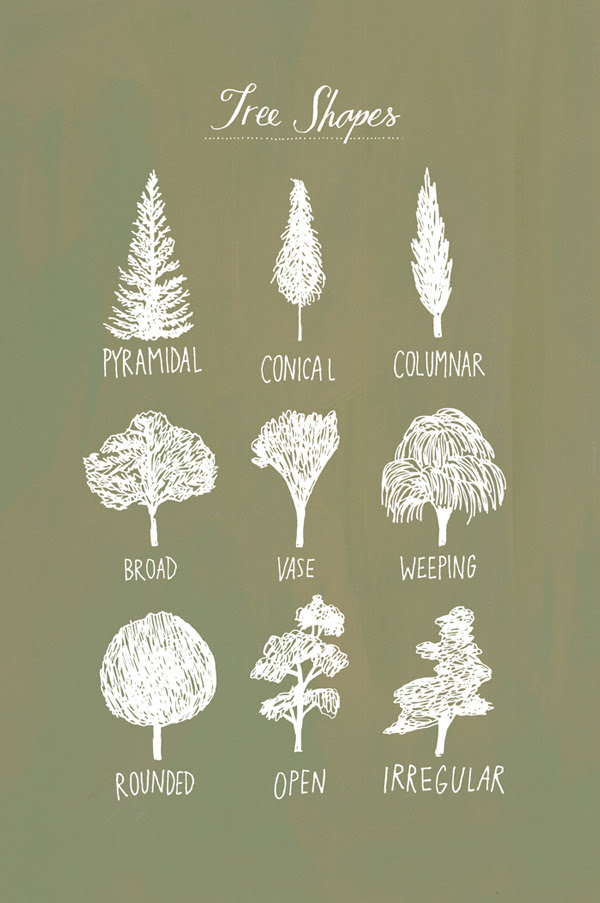 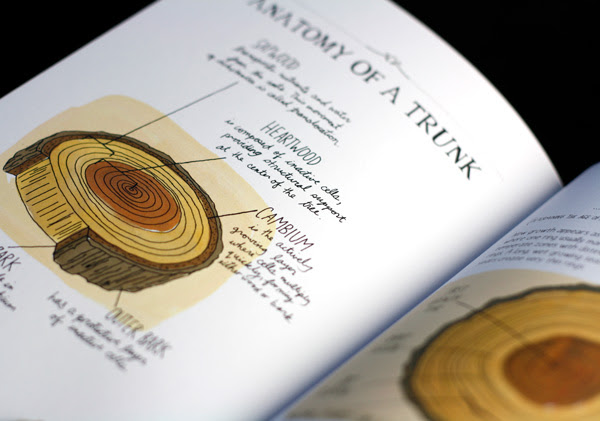 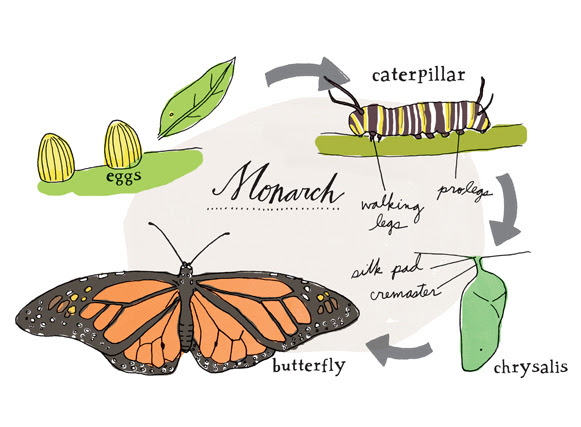 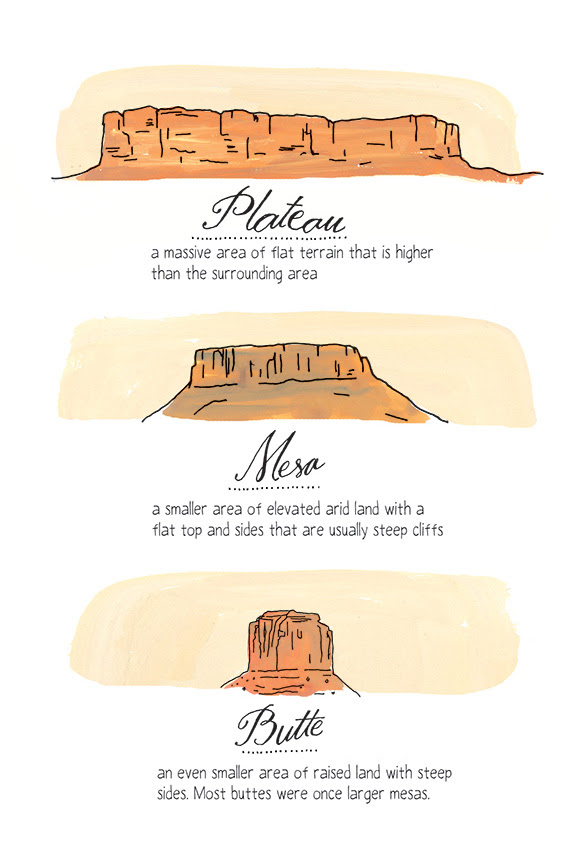 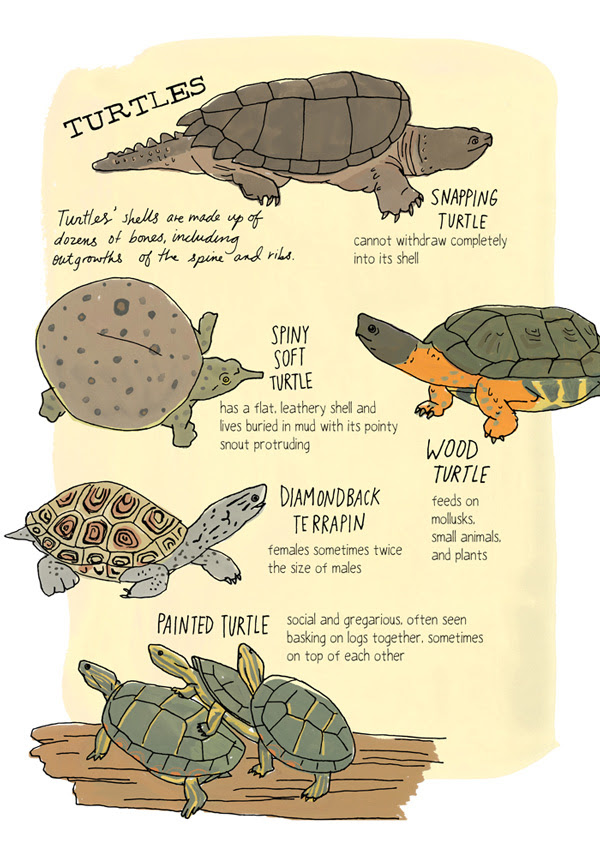 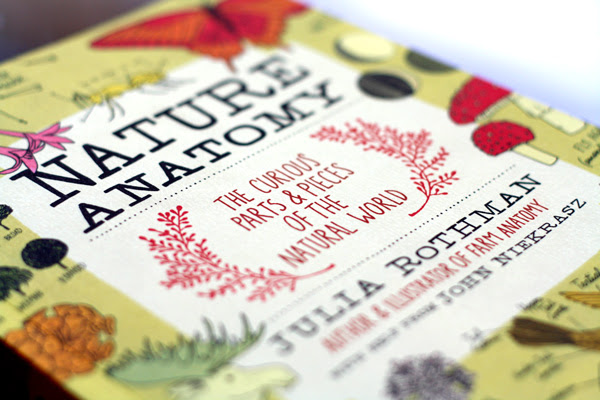 Complement Nature Anatomy with some 500 years of rare and gorgeous natural history illustrations and the story of how bees gave Earth its colors, then revisit Rothman’s unbearably wonderful Farm Anatomy and Hello NY.
Illustrations courtesy of Julia Rothman; photographs my own
By mimi sato - February 24, 2015