Of all celestial bodies within reach or view, as far as we can see, out to the edge, the most wonderful and marvelous and mysterious is turning out to be our own planet earth. There is nothing to match it anywhere, not yet anyway. —Lewis Thomas
Sixty years ago, with the launch of Explorer 1, NASA made its first observations of Earth from space. Fifty years ago, astronauts left Earth orbit for the first time and looked back at our “blue marble.” All of these years later, as we send spacecraft and point our telescopes past the outer edges of the solar system, as we study our planetary neighbors and our Sun in exquisite detail, there remains much to see and explore at home.
We are still just getting to know Earth through the tools of science. For centuries, painters, poets, philosophers, and photographers have sought to teach us something about our home through their art.
This book stands at an intersection of science and art. From its origins, NASA has studied our planet in novel ways, using ingenious tools to study physical processes at work—from beneath the crust to the edge of the atmosphere. We look at it in macrocosm and microcosm, from the flow of one mountain stream to the flow of jet streams. Most of all, we look at Earth as a system, examining the cycles and processes—the water cycle, the carbon cycle, ocean circulation, the movement of heat—that interact and influence each other in a complex, dynamic dance across seasons and decades.
We measure particles, gases, energy, and fluids moving in, on, and around Earth. And like artists, we study the light—how it bounces, reflects, refracts, and gets absorbed and changed. Understanding the light and the pictures it composes is no small feat, given the rivers of air and gas moving between our satellite eyes and the planet below.
For all of the dynamism and detail we can observe from orbit, sometimes it is worth stepping back and simply admiring Earth. It is a beautiful, awe-inspiring place, and it is the only world most of us will ever know.
NASA has a unique vantage point for observing the beauty and wonder of Earth and for making sense of it. Looking back from space, astronaut Edgar Mitchell once called Earth “a sparkling blue and white jewel,” and it does dazzle the eye. The planet’s palette of colors and textures and shapes—far more than just blues and whites—are spread across the pages of this book.
We chose these images because they inspire. They tell a story of a 4.5-billion-year-old planet where there is always something new to see. They tell a story of land, wind, water, ice, and air as they can only be viewed from above. They show us that no matter what the human mind can imagine, no matter what the artist can conceive, there are few things more fantastic and inspiring than the world as it already is. The truth of our planet is just as compelling as any fiction.
We hope you enjoy this satellite view of Earth. It is your planet. It is NASA’s mission.
Michael CarlowiczEarth Observatory Managing Editor 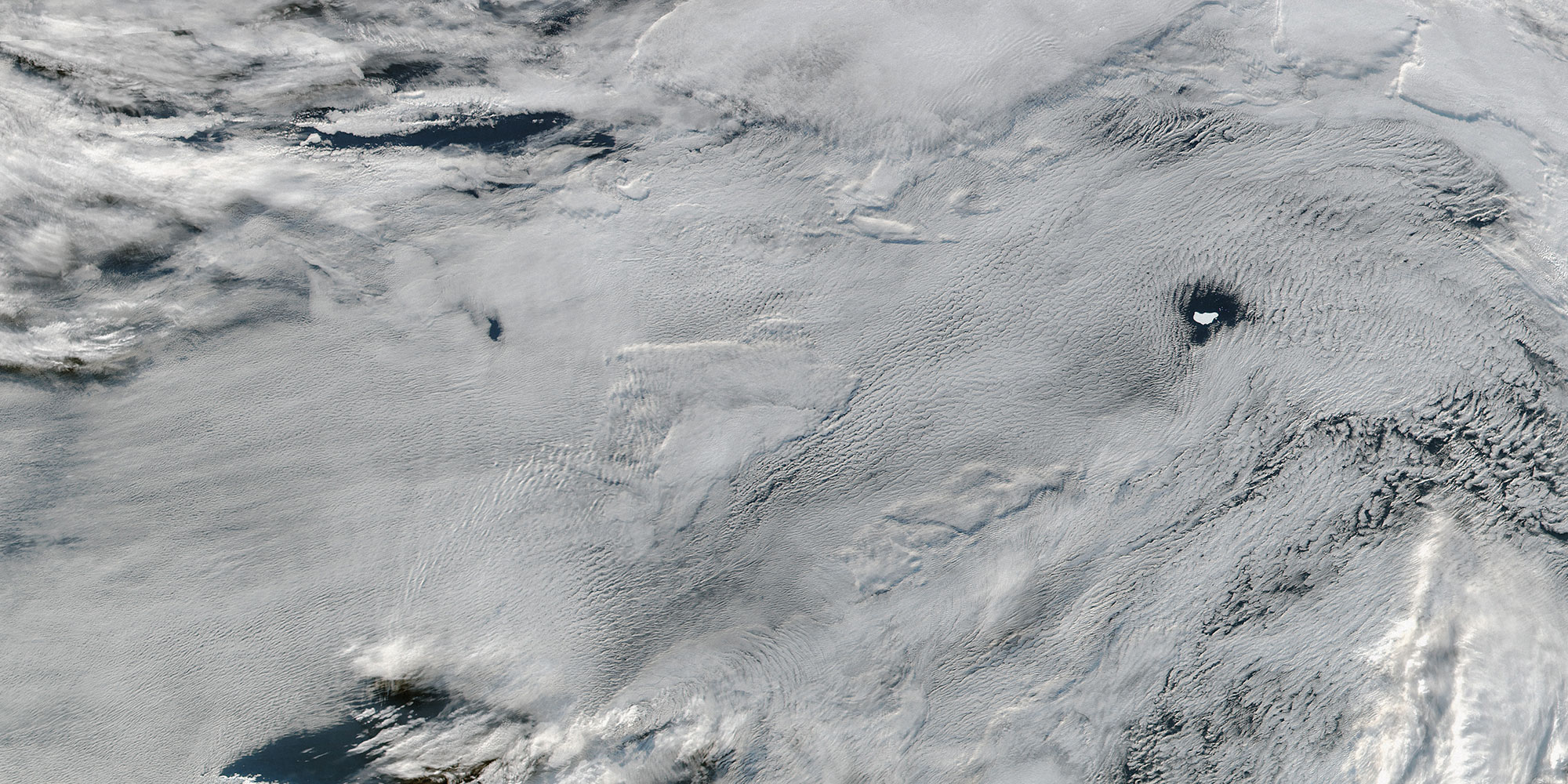 The astonishing thing about the Earth... is that it is alive.... Aloft, floating free beneath the moist, gleaming membrane of bright blue sky, is the rising Earth, the only exuberant thing in this part of the cosmos.... It has the organized, self-contained look of a live creature, full of information, marvelously skilled in handling the Sun.—Lewis Thomas, The Lives of a Cell 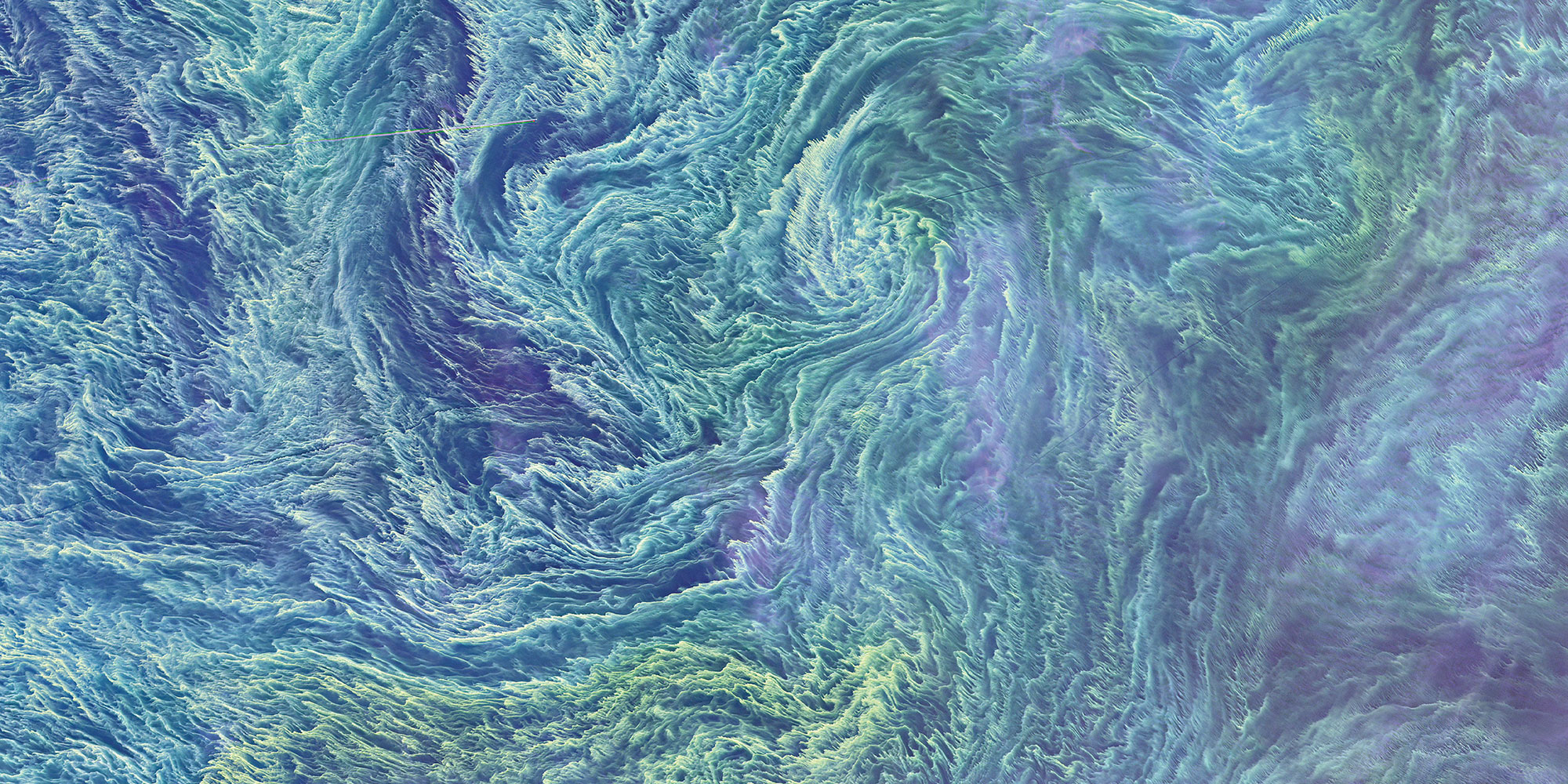 We shall not cease from exploration, and the end of all our exploring will be to arrive where we started and know the place for the first time.—T.S. Eliot, “Little Gidding” 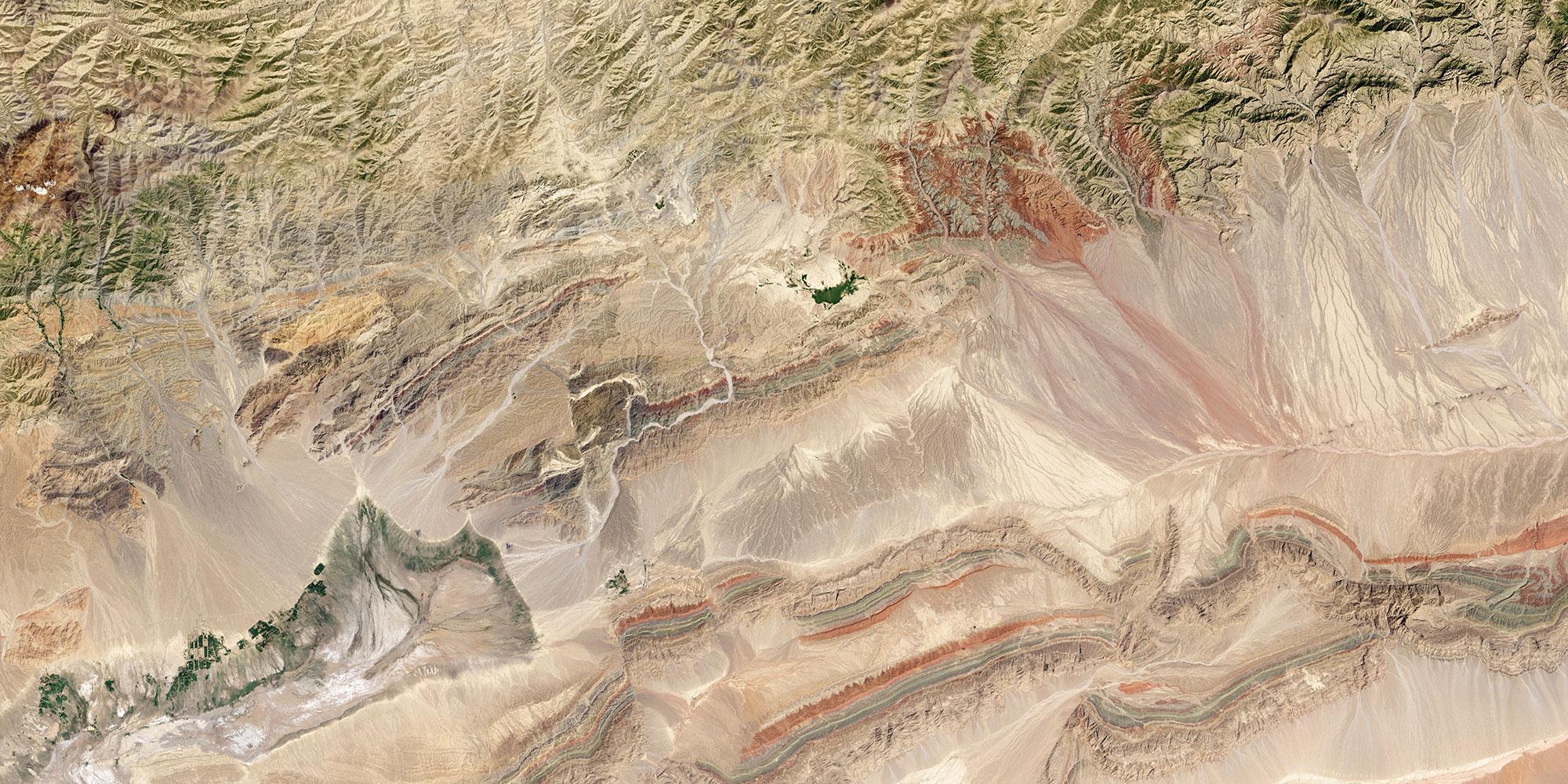 Earth and sky, woods and fields, lakes and rivers, the mountain and the sea, are excellent schoolmasters, and teach some of us more than we can ever learn from books.—John Lubbock, The Use of Life 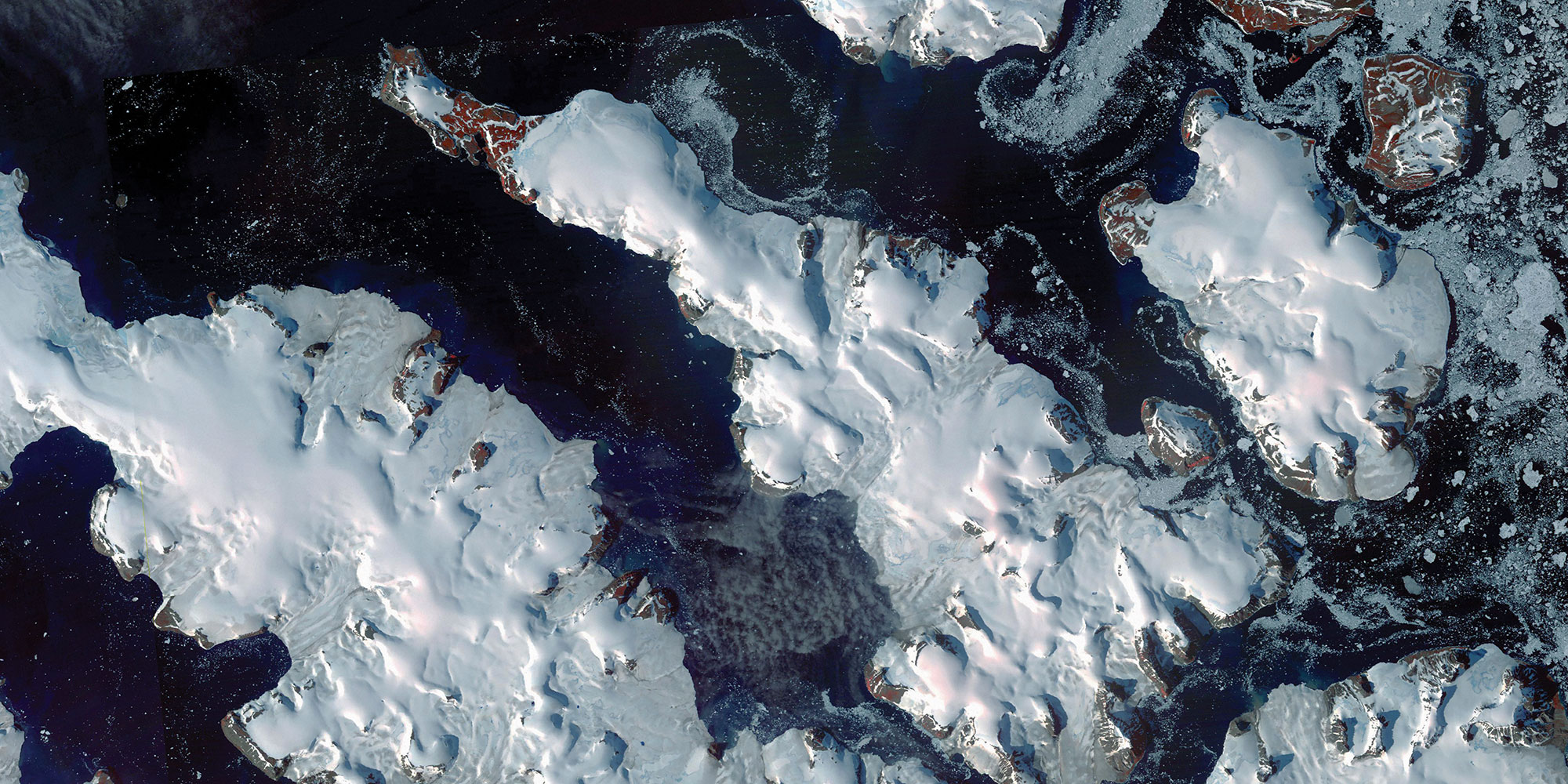 Imagery and data courtesy of:
Adapted for the web by Paul Przyborski 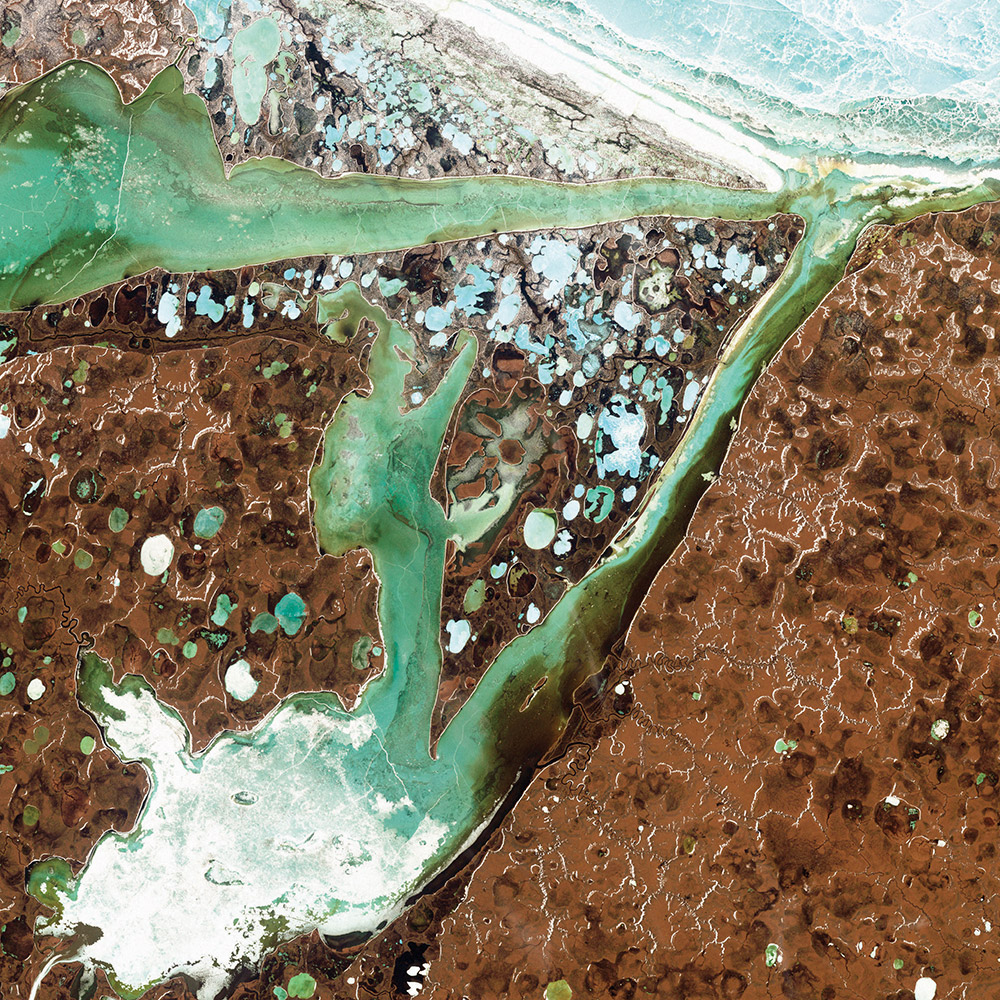 Michael Carlowicz is managing editor of the NASA Earth Observatory. He has written about Earth science and geophysics since 1991 for several NASA divisions, the American Geophysical Union, the Woods Hole Oceanographic Institution, and in three popular science books. He is a baseball player and fan, a longtime singer and guitarist, and the proud father of three science and engineering majors.
Kathy Carroll supports the Earth Science Division in the Science Mission Directorate at NASA Headquarters. She previously worked as a manager and organizer at for-profit and non-profit organizations and on political campaigns. She is a diehard baseball and hockey fan, and she volunteers with animal rescue organizations.
Lawrence Friedl directs the Applied Sciences Program in the Earth Science Division of NASA’s Science Mission Directorate. He works to enable innovative and practical uses of data from Earth-observing satellites. He has worked at the U.S. Environmental Protection Agency and as a Space Shuttle flight controller in NASA’s Mission Control Center. He and his wife have three children, and he enjoys ultimate frisbee and hiking.
Stephen Schaeberle is a graphic designer with the Communications Support Services Center at NASA Headquarters. He holds a bachelor of fine arts from the Pratt Institute, and he has received numerous awards and honors for his work and designs. He enjoys boating and fishing on the Chesapeake Bay.
Kevin Ward manages NASA’s Earth Observatory Group, including the Earth Observatory, Visible Earth, NASA Earth Observations (NEO), and EONET. He holds a master’s degree in library and information science and has spent more than 20 years developing Web-accessible resources in support of NASA Earth science communications. He and his wife have a son and a deep love of music.

Just a few names end up on the title page of a book, but it takes an entire cast of people to bring it from idea to draft to finished product. The cast for Earth begins with Maxine Aldred, Andrew Cooke, Tun Hla, and Lisa Jirousek, who shepherded the words and images through design and layout. Thanks are also due to Kathryn Hansen, Pola Lem, Rebecca Lindsey, Holli Riebeek, Michon Scott, and Adam Voiland, whose reporting and writing contributions gave this book its depth. Joshua Stevens, Robert Simmon, Jesse Allen, Jeff Schmaltz, and Norman Kuring applied their strong visual sense and processing skills to make each image pop with color and texture while remaining scientifically accurate.
We owe a debt to our scientific and outreach colleagues, who keep the satellites running, the sensors sensing, and the data and imagery flowing. Every one of the images in this book is publicly available through the Internet, truly making science accessible to every citizen. The Landsat teams at the U.S. Geological Survey and NASA, the LANCE/EOSDIS MODIS Rapid Response Team, and the NASA Earth Observatory deserve extra gratitude for making our planet visible to the scientist and the layman every day.
By mimi sato - February 27, 2019

Email ThisBlogThis!Share to TwitterShare to FacebookShare to Pinterest
Labels: Terra