Experimental Cartography: The Map as Art


Experimental Cartography: The Map as Art

What tattoo art has to do with fashion, vintage atlases and Nazi concentration camps. 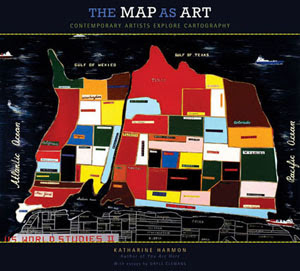 We’ve always been fascinated by maps — through various elements of design, from typography to color theory to data visualization, they brilliantly condense and capture complex notions about space, scale, topography, politics and more. But where things get most interesting is that elusive intersection of the traditional and the experimental, where artists explore the map medium as a conceptual tool of abstract representation. And that’s exactly what The Map of the Art, a fantastic Morning News piece by Katharine Harmon, examines. 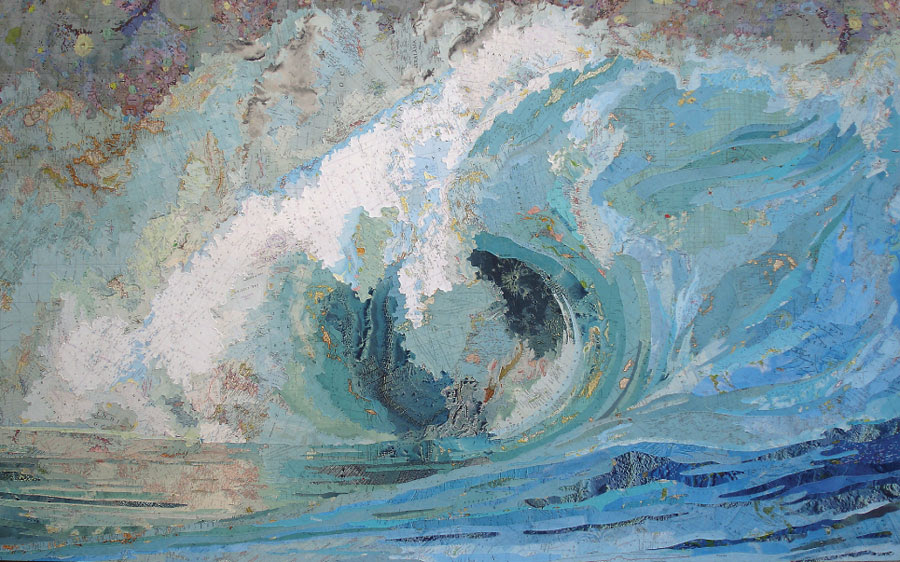 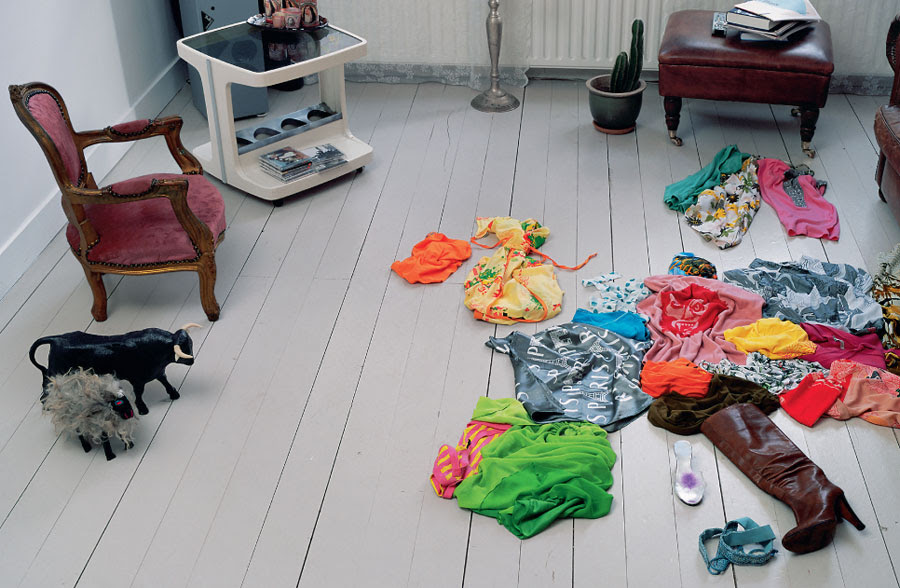 Corriette Schoenaerts, 'Europe,' 2005
Schoenaerts, a conceptual photographer living in Amsterdam, constructs countries and continents out of clothing.
(You may recall Schoenaerts from our Geography, Topography, and Everythingography issue.) 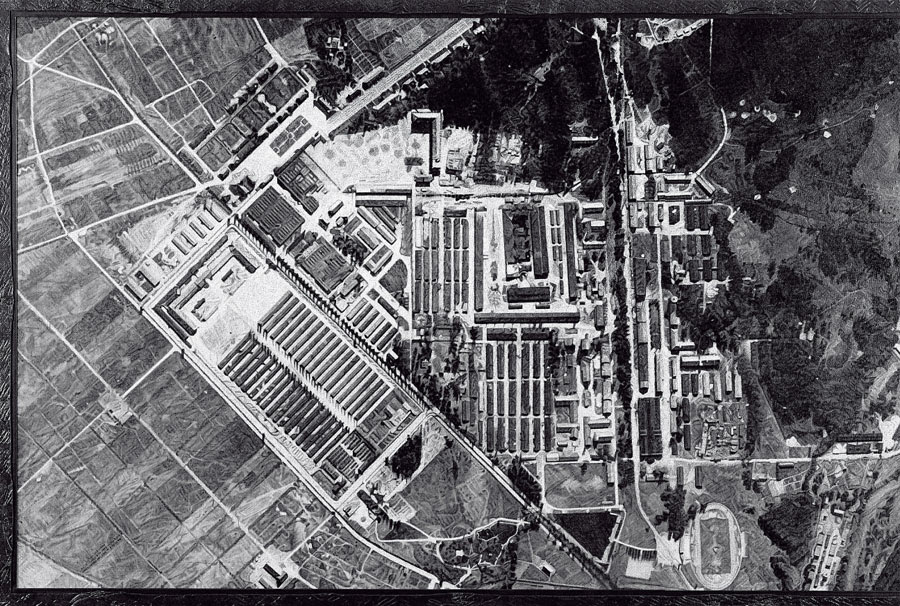 Arie A. Galles, 'Station One: Auschwitz-Birkenau,' 1998
A grim allusion to Nazi concentration camps, these drawings, based on Luftwaffe and Allied aerial reconnaissance film, were made over the course of a decade. 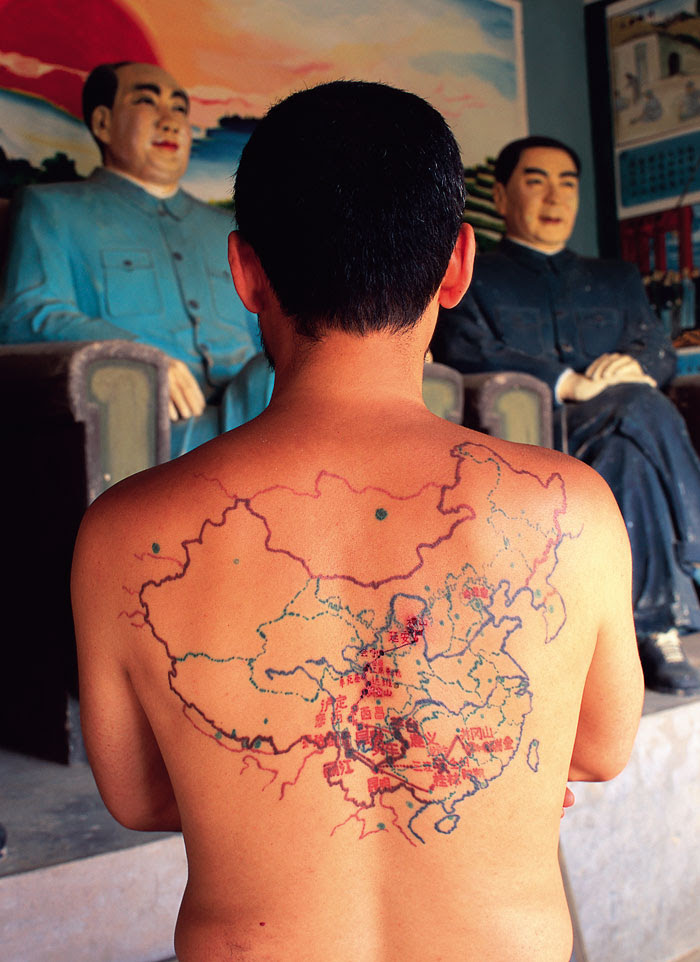 Qin Ga, 'Site 22: Mao Zedong Temple,' 2005
In 2002, China's Long March Project embarked upon a 'Walking Visual Display' along the route of the 1934-1936 historic 6000-mile Long March, and Beijing-based artist Qin kept tracked the group’s route in a tattooed map on his back. Three years later, Qin continued the trek where the original marchers had left off, accompanied by a camera crew and a tattoo artist, who continually updated the map on Qin’s back. 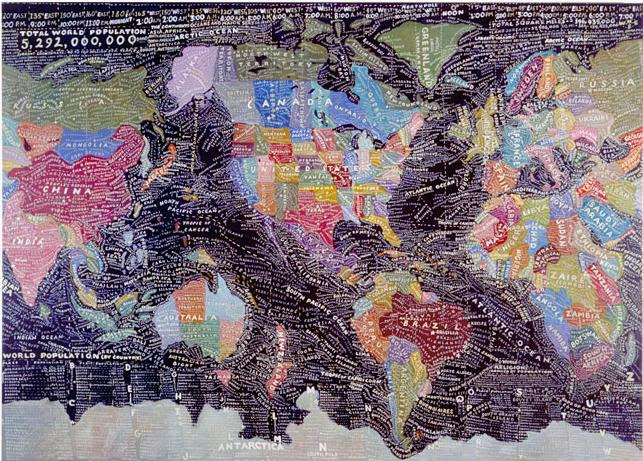 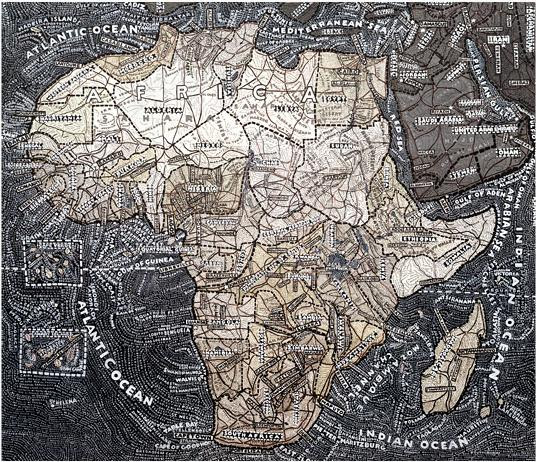 Paula Scher: Africa, 2003
These maps come from Harmon’s The Map As Art: Contemporary Artists Explore Cartography — a remarkable collection of 360 colorful, map-related visions of experimental cartography by well-known artists and design thinkers like Olafur Eliasson (remember him?), Maira Kalman (another TEDster),Paula Scher (and yet another), and Julian Schnabel, as well as more underground creatives whose art is greatly inspired by maps. The book also features essays by Gayle Clemans, introducing a richer layer of insight into the work of some of these map artists.

Be sure to read Harmon’s excellent essay below the Morning News images, which offers a fascinating look at the historical relationship between maps and the art movement, both products of the shifting political and aesthetic influences of the time.
via Coudal
By mimi sato - July 13, 2014