Buddhist Economics: How to Stop Prioritizing Goods Over People and Consumption Over Creative Activity


Buddhist Economics: How to Stop Prioritizing Goods Over People and Consumption Over Creative Activity

“Work and leisure are complementary parts of the same living process and cannot be separated without destroying the joy of work and the bliss of leisure.” 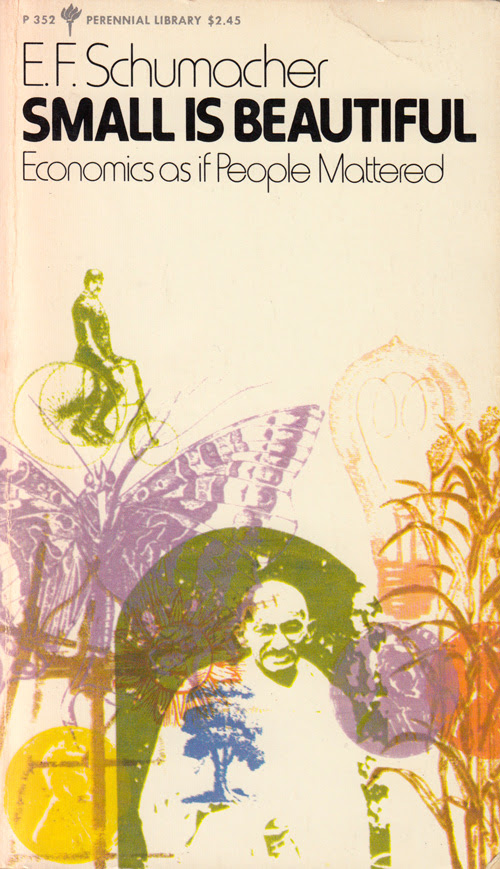 Much has been said about the difference between money and wealth and how we, as individuals, can make more of the latter, but the divergence between the two is arguably even more important the larger scale of nations and the global economy. What does it really mean to create wealth for people — for humanity — as opposed to money for governments and corporations?
That’s precisely what the influential German-born British economist, statistician, Rhodes Scholar, and economic theorist E. F. Schumacher explores in his seminal 1973 book Small Is Beautiful: Economics as if People Mattered (public library) — a magnificent collection of essays at the intersection of economics, ethics, and environmental awareness, which earned Schumacher the prestigious Prix Européen de l’Essai Charles Veillon award and was deemed by The Times Literary Supplement one of the 100 most important books published since WWII. Sharing an ideological kinship with such influential minds as Tolstoy and Gandhi, Schumacher’s is a masterwork of intelligent counterculture, applying history’s deepest, most timeless wisdom to the most pressing issues of modern life in an effort to educate, elevate and enlighten. 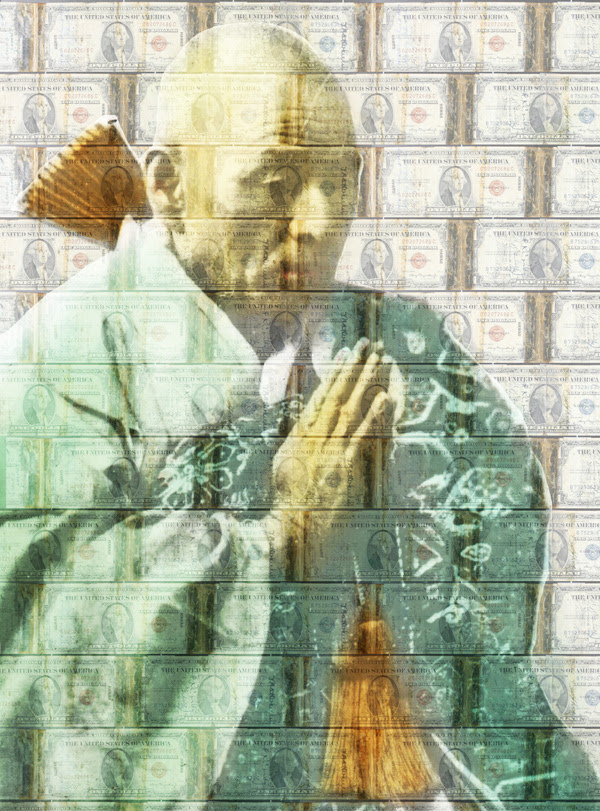 One of the most compelling essays in the book, titled “Buddhist Economics,” applies spiritual principles and moral purpose to the question of wealth. Writing around the same time that Alan Watts considered the subject, Schumacher begins:

“Right Livelihood” is one of the requirements of the Buddha’s Noble Eightfold Path. It is clear, therefore, that there must be such a thing as Buddhist economics.
[…]
Spiritual health and material well-being are not enemies: they are natural allies.

Economists themselves, like most specialists, normally suffer from a kind of metaphysical blindness, assuming that theirs is a science of absolute and invariable truths, without any presuppositions. Some go as far as to claim that economic laws are as free from “metaphysics” or “values” as the law of gravitations.

From this stems our chronic desire to avoid work and the difficulty of findingtruly fulfilling work that aligns with our sense of purpose. Schumacher paints the backdrop for the modern malady of overwork:

There is universal agreement that a fundamental source of wealth is human labor. Now, the modern economist has been brought up to consider “labor” or work as little more than a necessary evil. From the point of view of the employer, it is in any case simply an item of cost, to be reduced to a minimum if it cannot be eliminated altogether, say, by automation. From the point of view of the workman, it is a “disutility”; to work is to make a sacrifice of one’s leisure and comfort, and wages are a kind of compensation for the sacrifice. Hence the ideal from the point of view of the employer is to have output without employees, and the ideal from the point of view of the employee is to have income without employment.
The consequences of these attitudes both in theory and in practice are, of course, extremely far-reaching. If the ideal with regard to work is to get rid of it, every method that “reduces the work load” is a good thing. The most potent method, short of automation, is the so-called “division of labor”… Here it is not a matter of ordinary specialization, which mankind has practiced from time immemorial, but of dividing up every complete process of production into minute parts, so that the final product can be produced at great speed without anyone having had to contribute more than a totally insignificant and, in most cases, unskilled movement of his limbs.

Schumacher contrasts this with the Buddhist perspective:

The Buddhist point of view takes the function of work to be at least threefold: to give a man a chance to utilize and develop his faculties; to enable him to overcome his ego-centeredness by joining with other people in a common task; and to bring forth the goods and services needed for a becoming existence. Again, the consequences that flow from this view are endless. To organize work in such a manner that it becomes meaningless, boring, stultifying, or nerve-racking for the worker would be little short of criminal; it would indicate a greater concern with goods than with people, an evil lack of compassion and a soul-destroying degree of attachment to the most primitive side of this worldly existence. Equally, to strive for leisure as an alternative to work would be considered a complete misunderstanding of one of the basic truths of human existence, namely that work and leisure are complementary parts of the same living process and cannot be separated without destroying the joy of work and the bliss of leisure.
From the Buddhist point of view, there are therefore two types of mechanization which must be clearly distinguished: one that enhances a man’s skill and power and one that turns the work of man over to a mechanical slave, leaving man in a position of having to serve the slave. 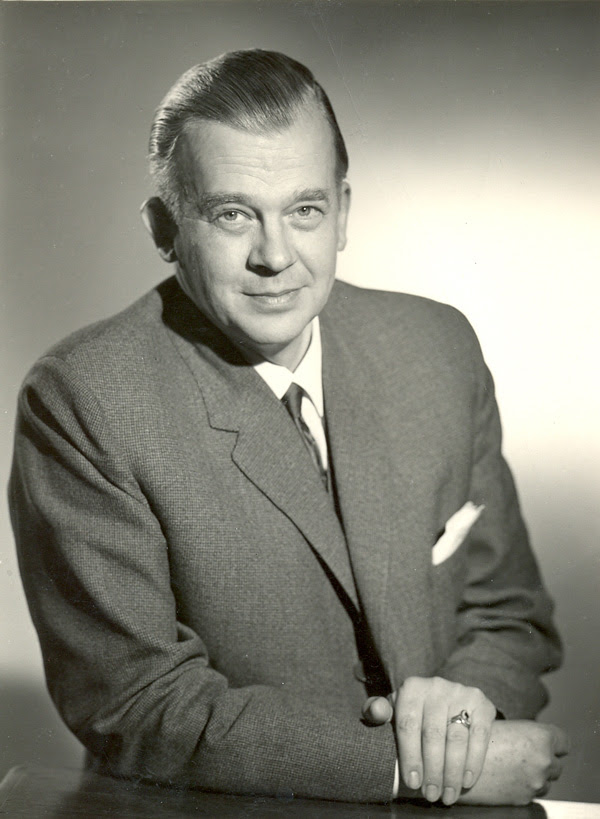 Buddhist economics must be very different from the economics of modern materialism, since the Buddhist sees the essence of civilization not in a multiplication of wants but in the purification of human character. Character, at the same time, is formed primarily by a man’s work. And work, properly conducted in conditions of human dignity and freedom, blesses those who do it and equally their products.

But Schumacher takes care to point out that the Buddhist disposition, rather than a condemnation of the material world, is a more fluid integration with it:

While the materialist is mainly interested in goods, the Buddhist is mainly interested in liberation. But Buddhism is “The Middle Way” and therefore in no way antagonistic to physical well-being. It is not wealth that stands in the way of liberation but the attachment to wealth; not the enjoyment of pleasurable things but the craving for them. The keynote of Buddhist economics, therefore, is simplicity and non-violence. From an economist’s point of view, the marvel of the Buddhist way of life is the utter rationality of its pattern — amazingly small means leading to extraordinarily satisfactory results.

This concept, Schumacher argues, is extremely difficult for an economist from a consumerist culture to grasp as we once again bump up against the warped Western prioritization of productivity over presence:

[The modern Western economist] is used to measuring the “standard of living” by the amount of annual consumption, assuming all the time that a man who consumes more is “better off” than a man who consumes less. A Buddhist economist would consider this approach excessively irrational: since consumption is merely a means to human well-being, the aim should be to obtain the maximum of well-being with the minimum of consumption.
[…]
The ownership and the consumption of goods is a means to an end, and Buddhist economics is the systematic study of how to attain given ends with the minimum means.
[Western] economics, on the other hand, considers consumption to be the sole end and purpose of all economic activity, taking the factors of production — land, labor, and capital — as the means. The former, in short, tries to maximize human satisfactions by the optimal pattern of consumption, while the latter tries to maximize consumption by the optimal pattern of productive effort.

The optimal pattern of consumption, producing a high degree of human satisfaction by means of a relatively low rate of consumption, allows people to live without great pressure and strain and to fulfill the primary injunctions of Buddhist teaching: “Cease to do evil; try to do good.” As physical resources are everywhere limited, people satisfying their needs by means of a modest use of resources are obviously less likely to be at each other’s throats than people depending upon a high rate of use. Equally, people who live in highly self-sufficient local communities are less likely to get involved in large-scale violence than people whose existence depends on worldwide systems of trade.

From the point of view of Buddhist economics … production from local resources for local needs is the most rational way of economic life, while dependence on imports from afar and the consequent need to produce for export to unknown and distant peoples is highly uneconomic and justifiable only in exceptional cases and on a small scale.

He concludes by framing the enduring value of a Buddhist approach to economics, undoubtedly even more urgently needed today than it was in 1973:

It is in the light of both immediate experience and long-term prospects that the study of Buddhist economics could be recommended even to those who believe that economic growth is more important than any spiritual or religious values. For it is not a question of choosing between “modern growth” and “traditional stagnation.” It is a question of finding the right path to development, the Middle Way between materialist heedlessness and traditionalist immobility, in short, of finding “Right Livelihood.”

Small Is Beautiful is a superb read in its entirety. Complement it with Kurt Vonnegut on having enough and Thoreau on redefining success.
Thanks, Jocelyn
By mimi sato - July 13, 2014