We Are Made of Dead Stuff: Amazing Animation Made of Leaves


We Are Made of Dead Stuff: Amazing Animation Made of Leaves

“You and most of the matter in your body are just two or three degrees of separation from things like pond scum.” 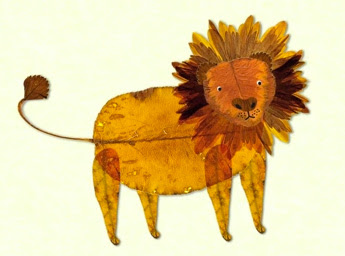 The notion that we are all stardust, a poetic observation we owe to Carl Sagan, is among the most inspired insights of modern science — an essential reminder that the atoms in our bodies are made of really old stuff, stuff as old as the universe. But while dead stars in our distant past may be poetic, dead stuff in our immediate present is not so much. And yet, it turns out, you and everyone else you know are just two degrees of separation from detritus — the decomposing matter, or dead stuff, that is the secret ingredient of the food chain. That’s exactly what John C. Moore explores in this short film from TED Ed, directed by Biljana Labovic and featuring intricate, impossibly lovely foliage creatures designed by Celeste Lai based on animator Lisa LaBracio’s lifelong leaf collection.

You and most of the matter in your body are just two or three degrees of separation from things like pond scum. All species in an ecosystem — from the creatures in a coral leaf to the fish in a lake to the lions in the savannah — are directly or indirectly nourished by dead stuff.

Complement with Wild Ones, Jon Mooallem’s poignant and poetic account of the ecosystem of which we are a part — sometimes reluctantly, sometimes neglectfully, but always inescapably — then revisit Whale Fall, a lyrical animation about the afterlife of dying whales.

When you picture the lowest levels of the food chain, you might imagine herbivores happily munching on lush, living green plants. But this idyllic image leaves out a huge (and slightly less appetizing) source of nourishment: dead stuff. John C. Moore details the "brown food chain," explaining how such unlikely delicacies as pond scum and animal poop contribute enormous amounts of energy to our ecosystems.