Seawater temperature is rising faster than predicted, which is likely to worsen extreme weather events around the world 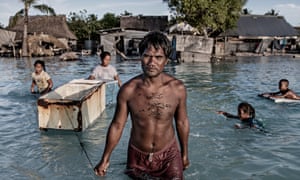 A family wades through seawater that flooded their village in Kiribati central Pacific. Warmer oceans are a major factor in increasing the severity of storms and extreme rainfall. Photograph: Jonas Gratzer/LightRocket via Getty Images


The world’s oceans are warming at a faster rate than previously estimated, new research has found, raising fresh concerns over the rapid progress of climate change.

Warming oceans take up more space, a process known as thermal expansion, which the study says is likely to raise sea levels by about 30cm by the end of the century, on top of the rise in sea levels from melting ice and glaciers. Warmer oceans are also a major factor in increasing the severity of storms, hurricanes and extreme rainfall. 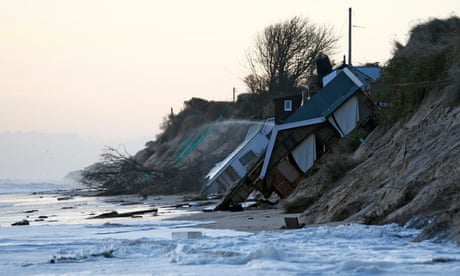 Oceans store heat so effectively that it would take decades for them to cool down, even in the unlikely scenario that greenhouse gas emissions were halted urgently.

The report, published on Thursday in the journal Science, found that the warming of the oceans was accelerating and was matching the predictions of climate change models, which have shown global temperature rises are likely to lead to extreme weather across the world.

Zeke Hausfather, co-author of the paper and a graduate student at the University of California, Berkeley, said: “While 2018 will be the fourth warmest year on record on the [earth’s] surface, it will most certainly be the warmest year on record in the oceans, as was 2017 and 2016 before that. The global warming signal is a lot easier to detect if it is changing in the oceans than on the surface.”

Oceans absorb more than nine-tenths of the excess energy trapped in the atmosphere by greenhouse gases, and play a key role in regulating the world’s climate.

But the role of oceans in the global climate system was overlooked for many years, in part because of a lack of data and the difficulty of studying the marine environment. Only in recent years have scientists come to realise the full importance of oceans, which have effectively absorbed much of the impact of climate change in recent decades, but are now understood to be reaching their capacity as a buffer. 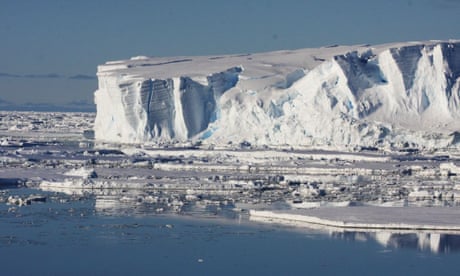 Separate recently published research extrapolated temperature estimates for the oceans for the past 150 years, and found substantial warming.

Published in the journal Proceedings of the National Academy of Sciences of the United States of America, that research found the total heat taken up by the oceans in the last century and a half was about 1,000 times the annual energy use of the world’s population.

A Guardian analysis of those findings suggested that the amount of energy absorbed by the oceans was equivalent to an atomic bomb per second for the past 150 years. Scientists said this was unsustainable in the long term without seeing further massive effects, including extreme weather, fiercer storms, and sea level rises.

The heating could also affect sea currents around the world, with unpredictable consequences.

Late last year, the Intergovernmental Panel on Climate Change warned that the world would face dire effects from global warming from 2030 unless urgent and drastic measures are taken to reduce greenhouse gas emissions.

The new Science paper analysed four studies published between 2014 and 2017, which corrected for discrepancies between different types of ocean temperature measurements and gaps in measurements.

Satellite monitoring, buoys and ships are all used to gather data on the effect of climate change on the oceans. In the past decade, a network of 4,000 buoys known as Argo has provided an unprecedented data set on the temperature, salinity and acidification of oceans.

By taking the four studies, with different methodologies, into consideration the authors of the new analysis were able to build a fuller picture than was previously possible, with calculations extrapolated back to the 1
970s.
By mimi sato - January 11, 2019